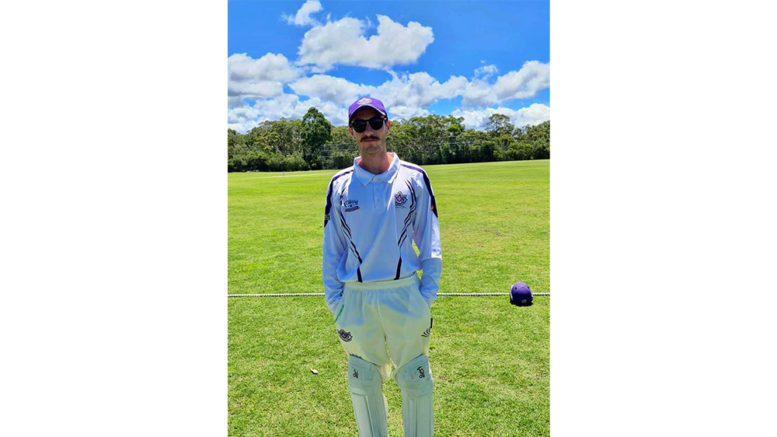 A Woy Woy cricketer has been named player of the round after an impressive performance at Woongarrah last weekend.

O’Farrell said it was great to be recognised for his performance in the game.

“It was most pleasing to do my part for the team, get the result we were seeking, and to set a good platform for our young team to strive towards,” O’Farrell said.

“The game was won through a great team performance and a few other players standing up with both bat and ball ensured we got across the line and get the seven points.”

Round 13 of the Senior Men’s first grade league saw Southern Spirit keep their season alive with a dominant 91 run over the Wildcats.

The Spirit batted first, scoring 9-267 from 71 overs with O’Farrell starring with his 111 score, before Lachlan Cork secured 55 batting with the lower order.

After the Wildcats attempted to reduce the margin through three wickets from Daniel Hill and Mitch McNeilly, the home side was eventually all out for 176.

Southern Spirit’s Lachlan Bull and Harrison Jaenke were also named in this week’s Central Coast Cricket Association’s team of the round.