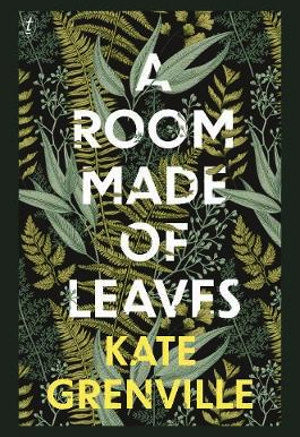 A Room Made of Leaves

Much is written about the officers that established the penal colony in Australia, but little is known about their wives.

A Room Made of Leaves changes that as it traces the life of Elizabeth Macarthur based on her long lost secret memoirs.

(Not her real long lost memoirs which were indeed found at her daughter’s home in England and published in 1914, but a more enticing fictitious set with loose connections to the originals.)

In Kate Grenville’s revisionist biography, John Macarthur, a British officer and his wife Elizabeth came out with the second fleet.

He is considered a pioneer in the wool industry.

But what if he wasn’t the brains behind the operation?

We meet Elizabeth when she is growing up in Bridgerule in Devon, England.

Her father is a farmer but died shortly after Elizabeth’s younger sister.

Her mother couldn’t handle the farm by herself, so they go to live with her Grandfather.

Her Grandfather had a small farm but his passion was sheep and he instilled that passion on a young Elizabeth.

Bridie is the daughter of the local pastor and Elizabeth’s childhood friend.

When Elizabeth’s mother remarries, a twelve-year-old Elizabeth goes to live with the pastor and his wife.

Here she learns what is expected of a young lady, and that it is imperative to keep one’s virtue until marriage, “I was not beautiful, I had no family, no portion. I was not connected to anyone of importance. My sole asset in the world was my maidenhood.”

Fast forward ten years and Bridie and Elizabeth are twenty-two.

The young women are at risk of being old maids.

Bridie comes to the attention of Captain Moriarty.

Accompanying Captain Moriarty is Ensign Macarthur: “Mr Macarthur was an ugly cold sort of fellow. There was nothing smiling or pleasant about him. A sullen bottom lip gave him the look of a petulant child, and he was badly marked by the smallpox.”

But he had fire and Elizabeth was drawn to him. Elizabeth forgets what her sole asset is and before long she is showing, so Ensign Macarthur is instructed to marry her.

It isn’t a happy marriage.

He doesn’t have kind words for Elizabeth and treats her like a piece of furniture.

He is a schemer and often gets into arguments with fellow officers.

He is also obsessed with getting promoted which will eventually lead to wealth.

The first step in doing this is to head off with the second fleet to the new penal colony of Australia.

Elizabeth must make a life for herself and their young son (other children will follow).

She will entertain officers in her salon and come to the attention of Mr. Dawes who will, in turn, end up being the love of her life.

After much scheming and conniving Macarthur gets acreage in Parramatta.

Elizabeth suggests they export wool but he has no interest in that, “My dear wife, your enthusiasm is to be applauded, he said. But let me convince you by means of a little arithmetic. The price of wool is measured in pence, that of mutton in shillings. A difference by a factor of twelve, you see.”

But after few years Macarthur comes up with a brilliant idea to export wool.

The story transported me back in time.

I enjoyed the years when Elizabeth was growing up in England and her friendship with Bridie but there were times, after she arrives in Sydney that didn’t grab my attention so much.

There are glimpses of Australia’s rugged and often brutal history of colonisation.

I lost track of all the officers she would entertain in her salon and the different schemes her husband was getting himself into and it made me wonder if this revisionist biography bordered on the dull, how dreary must the original version have been.

But, it is quite well written and, as the Conversation review so neatly puts it: “Grenville so convincingly creates Elizabeth’s voice it is easy to forget her opening warning: “Do not believe too quickly!”