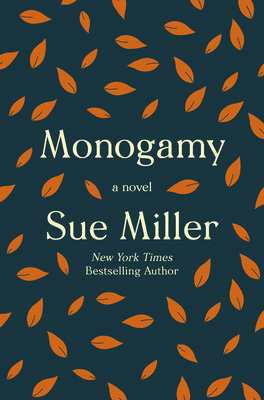 This is a story about Annie and Graham.

Both had been previously married and were divorced when they met at the launch of Graham’s new bookstore in Boston.

Graham was larger than life, in form and spirit.

He was cheery, warm, a lover of the pleasures that life had to offer.

People gravitated towards Graham. Loved him.

Opposites attract after all.

Before Annie, Graham was married to Frieda.

It was the 1960s and they agreed on an open marriage.

When Graham started his relationship with Freida he was homely and, “people didn’t find that as charming as they did later. Later, when all the changes in the rules came around. And for Graham, the beard, the full head of hair, the contact lenses, and the sudden interest in elegant clothes. And the way all of those choices seemed to color everything he did and said. Seemed to change its meaning. Seemed to make him attractive.”

As more women gravitated towards the attractive Graham, Freida moved away until she asked for a divorce.

Graham is such a lovable and forgivable man that the his ex-wife Frieda and Annie become friends in spite of the infidelity.

Annie was hesitant to start a relationship with Graham, “But Graham was persistent, a joyous lover, an enthusiast, and finally Annie gave over to him. How could she not? She’d been waylaid, really – by happiness, by his love for her, and then more slowly, hers for him.”

They moved in together and within a year were married and soon after had their daughter Sarah.

Annie’s career as a photographer was showing promise.

She had a show that was received well, but she put it all on hold while she raised Sarah.

She tried to get back into photography but times changed and her work “wasn’t as hot, as transgressive” as the newer artists.

Thirty years goes by in the blink of an eye. “Annie was happy too. But occasionally through their years together, and in spite of everything that was pleasurable and loving between them, she would feel it again, the sense of him having overtaken her somehow, overwhelmed her.”

Graham tried to be “more careful and more faithful,” in his marriage with Annie but he is a person that loves everything life has to offer.

The pivotal moment (sorry, spoiler alert) occurs when Graham, in a fit of monogamous remorse, decides to break up with his secret lover and subsequently suffers a heart attack and dies.

When Annie eventually discovers his betrayal, she feels disoriented (naturally), but more betrayed by her friends that hid his secret than Graham himself.

She will dwell on her own past and question her own faithfulness.

As I was reading this book, I kept thinking of what kind of review I would write.

It is hard to put my finger on exactly why I liked this book.

It is simply a story about a couple and, as with every couple, there are ups and downs, but there was something about it that intrigued me.

It was a simple story, but very well done, very well written.

The one difficulty I had was with the timeline.

In present day there was a mention of Obama being made a presidential candidate, and Graham’s relationship with Freida referred to the 1960s and 1970s.

Nevertheless, it is an engaging, often meditative, book and Miller’s skill with exploring the interwoven nuances of marriage, fidelity, parenthood and individual aspiration combined with the rich description of food and wine making it an enjoyable read.