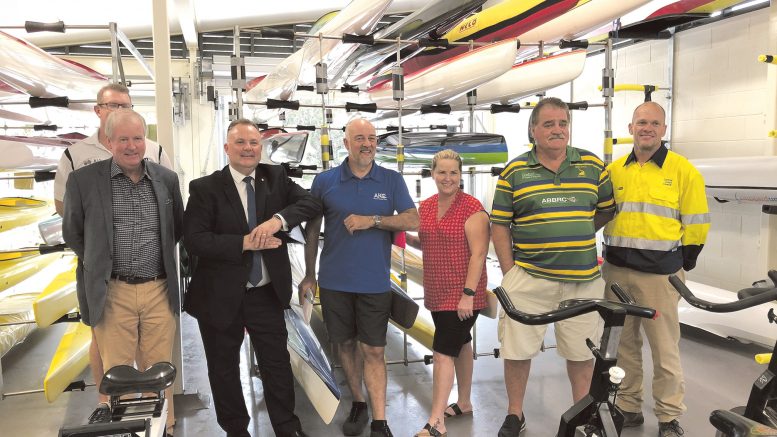 Ten local organisations including sport clubs and not-for-profit groups will receive a share of $136,350 from the NSW Government’s Community Building Partnership program.

Parliamentary Secretary for the Central Coast and Member for Terrigal, Adam Crouch, said the funding would deliver much-needed improvements to local facilities.

“Kincumber Roos Football Club will receive $30,000 to install a steel-fabricated safety fence at Frost Reserve to prevent balls landing on Avoca Dr and in the adjacent carpark,” Crouch said.

“At North Avoca Surf Lifesaving Club, a total of $22,894 is being provided for a new audio visual system so that events and functions can be hosted in the main Club room.

“Rain water leakages will be fixed at Hardys Bay RSL, thanks to $16,357 for guttering repairs and new gutter guards.

“The Cerebral Palsy Alliance, based at Erina, is receiving $15,841 to install a ceiling hoist system in the facility’s two therapy rooms, plaster room and bathroom.

“Two ‘foul poles’ will soon tower 15 metres over the Central Coast Baseball Park at Hylton Moore Oval, thanks to $12,639 in funding.

Crouch said other grants included $10,000 to the Empire Bay Public School P&C Association for the installation of cabinetry, counter-tops and an oven with a cook-top and $7,000 for Soul Soup, a not-for-profit organisation feeding homeless and vulnerable people across the Coast which will use the money to fit out a van with portable kitchen facilities.

Clean4Shore, an environmental group based at Macmasters Beach, will benefit from a $6,500 dual axel trailer to transport large items of litter to landfill and $3,321 will enable the Killcare Surf Life Saving Club to install split system air conditioning in the training room to enable better utilisation of this space.

Crouch said he looked forward to seeing how each project benefits our wider community.

Applications for the 2021 round of Community Building Partnership program will open soon.