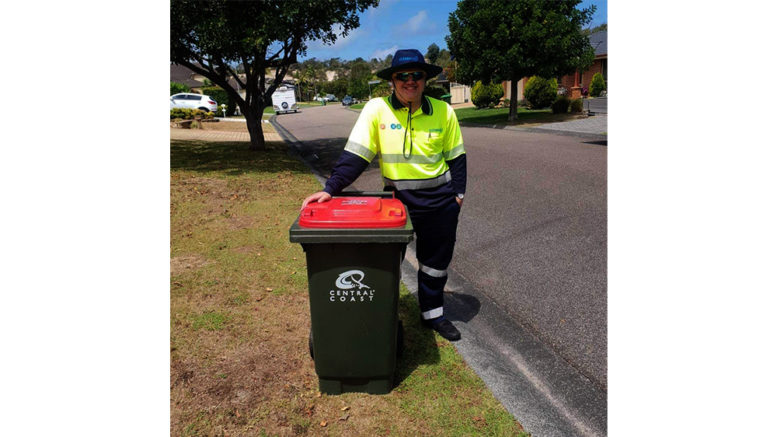 If you want to talk trash, Lake Munmorah’s Jarrad Taylor is your man.

The 18-year-old, who is on the autism spectrum, has started working as a bin puller for Cleanaway, with the position the culmination of a lifelong fascination with garbage trucks.

First captivated by the trucks with the “robot arms” as a toddler, Taylor spent his childhood learning everything there was to know about garbage trucks.

From memorising the Coast’s garbage collection routes to studying the history of Australian waste management, he was obsessed.

By the time he was 10, he was good friends with his local garbos and had made up his mind that he’d be one of them.

That was also when he launched his YouTube channel, JT Garbo.

Started to give Taylor a means of sharing his many videos documenting garbage trucks, today the channel has over 600 videos and has racked up more than 500,000 views, something Taylor never expected.

“Back then I was just filming for fun and I thought a YouTube channel was the perfect space to share my hobby.

“The interest has been pretty incredible and it’s something I’m pretty proud of.

“Who knows, someday I could even make a living off of it,” Taylor said.

But ambitions of being the world’s first garbo influencer aside, Taylor said he’s happy right where he is.

“I always dreamed of working on the local garbage trucks.

“When I was 12, I even made the local paper when Remondis granted my birthday wish and let me wash one of their trucks.

“I’d take any chance I could get to visit the Somersby depot and I just knew it was where I wanted to be,” Taylor said.

So, when one of his garbo mates informed him of a job opening coming up, he took his chance.

“My recycling driver actually gave me the heads up and I knew that was my moment.

“I applied, and not even a week later, I got the job and was going through initiation.

“It was a dream come true.”

And it’s a dream Taylor is continuing to cultivate, with the go-getter keen to progress his career.

“My goal is to move up the ranks and become a permanent side loader driver.

“To do that I need to get my Rigid Truck Licence, which I’ll be able to go for in 11 months’ time, but for now I’m just really happy to be where I am,” Taylor said.

Believing his autism to have been a barrier to employment in the past, Taylor said he’d had some doubts when he applied, but resolved not to let his disability stop him from pursuing his goals.

“When I was younger, I definitely saw my autism as a barrier to getting a job.

“Before Cleanaway, I’d been trying to get a job for about two years but was always given the cold shoulder by employers because of my disability.

“That’s why I’m so glad that Cleanaway have given me a go, they saw my passion, not my disability, and I honestly couldn’t be happier.”

Tony Davidson is the Municipal Contract Manager at Cleanaway and was the one that hired Taylor.

According to him, from the moment they met, the passion was plain to see.

“Jarrad actually came on a site tour when he was still in school.

“We spoke then about how he was keen to become a garbo and asked me if I’d be interested in hiring him once he finished school.

“I told him to give me a call when he finished his HSC.

“That was about two years ago, so when I got the call earlier this year, we got him started on the application process.

“He passed the interview, then the medical and then orientation and training.

“After that we let him loose on the world.

“There were no special provisions, no handholding, just hard work from Jarrad,” Davidson said.

That remains the case now that Taylor’s on the job, with Davidson having no doubts that he’ll reach his goal of side loader driver.

“He’s still only young, but Jarrad’s a great listener and communicator, so I know he’ll be doing what he wants in no time.”

Knowing some of Taylor’s insecurities around his autism, Davidson said that as an employer, he saw the young man’s disability as an opportunity, not an obstacle.

“Everyone knew JT Garbo and his passion was just infectious, so it was really good for morale.

“His story is inspirational and it’s something that I think anybody can learn from,” Davidson said.

With International Day of Disability having been celebrated on December 3, Taylor hopes his story will inspire other young people with disability not to give up on their dreams.

His advice to others struggling to find a job is to do what he did and translate passion into opportunity.

“Just do what you love.

“Find something you want to do in life and chase it.”