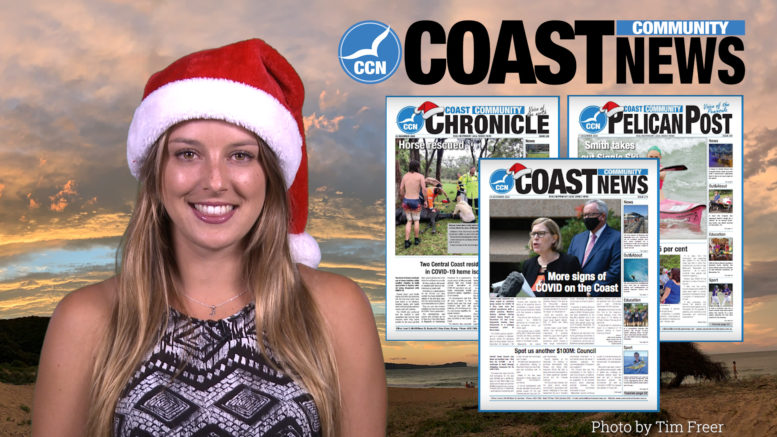 The ‘must know’ stories of the week on the Central Coast: Covid restrictions in place on the Central Coast until at least the 27th, more on that soon. Also in this program, the police urge residents to stay vigilant over the holidays, MP Lucy Wicks talks to PEP11, Bouddi National Park renews, the mariners look to kick off on NYE and local politicians and police get together to send out a Christmas message to all Coasties.

Produced by Alex Herget, direction by David Abrahams, presented by Jacinta Counihan, Ross Barry and David Abrahams, published by CCN. Filmed on the NSW Central Coast and edited in the CCN Gosford studios.