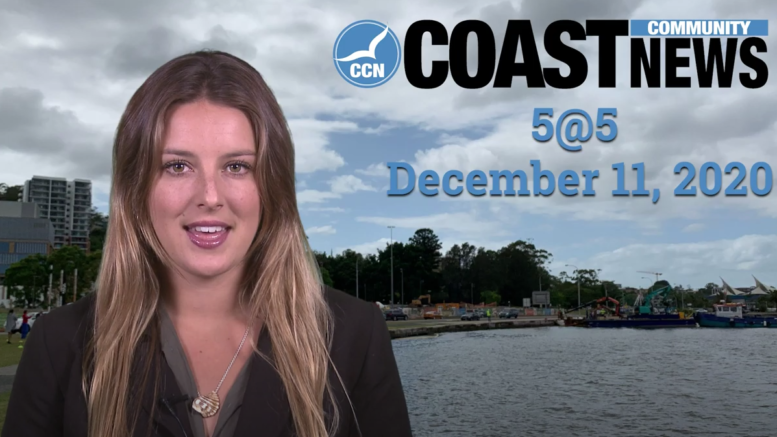 Central Coast Weekly News: With only 15 days to Christmas, here are the top stories for this week. council declares it has been misled by auditors, MPs and community groups speak up against PEP11 in Canberra, nurses and midwives protest against staff cuts, and a new pilot road sign program has begun between Transport NSW and the Darkinjung Land council. These stories plus a few more are coming up in the program but let’s start with the council conundrum.

Auditors are in the sights of Central Coast Council Acting CEO Ric Hart about advice provided on the reporting of restricted funds. It appears this may have led the Council to believe it had more cash reserves than it actually did. A significant issue for the new Council was the way auditors suggested they account for restricted funds at the beginning of 2017, when the Council was still under administration from the merger. Read all about this in today’s Coast Community News.

A pilot program connecting road users to Country is being rolled out across the region, with Darkinjung Local Aboriginal Land Council being chosen to receive some of the first sets of signs. We spoke with both NSW Transport Director Region North, Anna Zycki, Deputy Chairperson of the Darkinjung land council Tina West and Parliamentary Secretary Adam Crouch.

The battle against PEP11 stepped up a notch this week with multiple MPs  and two community groups, heading down to Canberra to rally the cause. Save Our Coast and Surfrider Foundation braved the cold Canberra waters, swimming out on the lake to mark their opposition. 6 MPs and 3 senators were also there. We spoke Ace Buchan from Avoca and Dobell MP Emma McBride about why they felt so passionate about the issue.

Central Coast nurses and midwives rallied at Gosford waterfront today against plans to cut staffing levels at Gosford Hospital’s maternity ward. CCN talked to some of the attendees.

Onto events, Christmas markets are popping up all over the coast. Last week we had the Christmas Fair at Mount Penang Gardens and twilight markets are happening tonight at Niagara Park and tomorrow at Avoca. There is a lot going on on the Central Coast so get out there and enjoy the Christmas spirit.

We have lots of mariners news today, starting off with some Christmas carolling. The Central Coast Mariners will launch Carols on the Coast at Central Coast Stadium on December 20. Carols will kick-off at 5:30 pm with the Mariners taking on a Young Socceroos Talent Identification Squad earlier in the day.

And just in time, the Central Coast Stadium will increase its maximum capacity to 9,820, just under 50 per cent. With the mariners continuing to use the Stadium as their home ground for 13 games this season.

And A-League Championship winning defender Stef Nigro has signed with the Central Coast Mariners for the upcoming A-League 20/21 season. The 24-year old has played 35 games with Melbourne Victory and Brisbane Roar since debuting in 2015/16, including the 2017/18 Grand Final at McDonald Jones Stadium. Coach Stajcic embraced him as a good addition to the Club’s defensive stocks.

And Avoca Beach will play host to a world-class surfing competition next year with the Vissla Central Coast Pro set to be held from the 2nd to the 7th of March 2021.

And speaking of the surf, let’s have a look at the surf report and the weekend weather.

Saturday will be cloudy, with a 40% chance of showers, winds southeasterly 15 to 25 km/h turning easterly in the evening. The surf will have 2-3foot conditions, with a south groundswell in the afternoon.

Sunday will be partly cloudy with a 50 % chance of showers, Winds east to southeasterly 15 to 25 km/h. The surf will ease with a south groundswell in the 2-4foot range across the region and will combine with slow-building, short-period ESE wind swell, showing more size in the afternoon.

Local artist Mike Rubbo has opened an Avoca retrospective exhibition in Avoca this week. We popped down for a quick peek.

All of these stories and thousands more are available on our website and don’t forget to pick up a copy of this week’s Coast Community News, Coast Community Chronicle, and Pelican Post. Subscribe to all of our socials to stay updated during the week.

We leave you today with a recently released locally filmed concept art project by songwriter Ellika called Da-ti-lo. It’s retro, it’s funky so take a look, and we will see you next week.