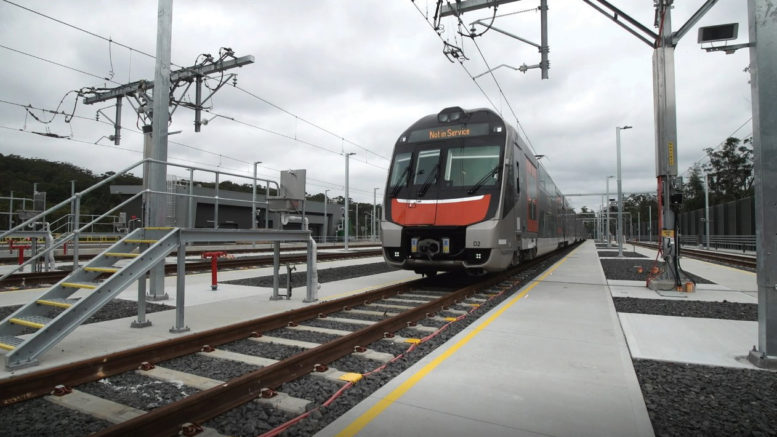 Central Coast commuters dodged a bullet when a planned “refusal to work” on New InterCity Fleet (NIF) trains by the Rail, Tram and Bus Union (RTBU) was called off in the early hours of November 27.

The Union had said members would refuse to work on the trains during their test runs on November 27 and 28 due to serious safety concerns.

While Central Coast services were slightly impacted, there were no major disruptions as had been feared.

The Union had labelled the NIF’s operating system dangerous saying the Government had continued to ignore community safety.

“Currently, guards can hear people yelling and keep their eyes on the platform and doors until the train pulls away – they won’t under the new model,” a statement issued by the Union on November 26 said.

“The people on the ground – the train guards, drivers and station staff – know these train aren’t safe.

“The Government should do the right thing and not allow these new South Korean-built trains onto our system until the dangerous operating system has been fixed and they are proven safe.”

But Parliamentary Secretary for the Central Coast, Adam Crouch, said the Government was “incredibly disappointed” by the unplanned industrial action and apologised to train customers who were affected before the ban was lifted.

“The New Intercity Fleet (NIF) is a new, modern train with the latest state-of-the-art safety technology that is already used around the world,” Crouch said.

“It also has a range of new features to enhance the customer experience.

“The CCTV technology will provide the driver and the customer service guard with a clear view of the entire platform in all conditions and platform configurations.

“The train is also equipped with sensitive door edges, meaning doors will re-open automatically when an object is detected, and the train will not be able to move unless all of the doors, including the customer and crew cab, are closed.

“This will prevent people from being caught and dragged.

“Since arriving in Australia, the NIF has been undergoing a rigorous testing schedule and Transport for NSW has been using that time to ensure that all the systems are performing as expected.

“The trains are still in testing.”