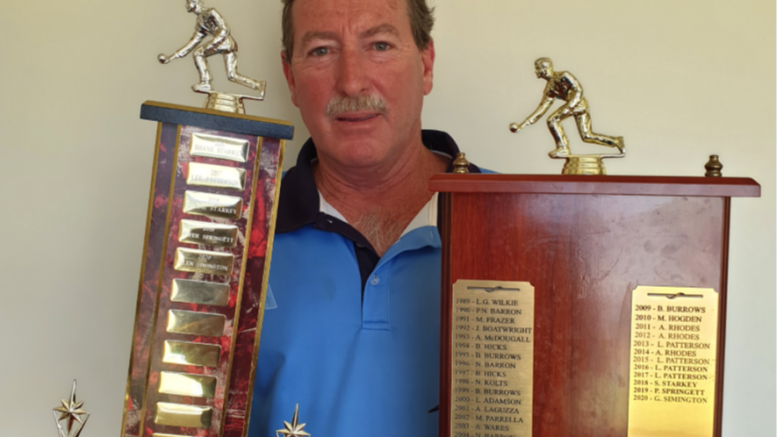 A Umina club has awarded its coveted Bowler of the Year award to a dedicated competitor at their recent presentation event.

After securing 155 points in the season, Glen (Simo) Simington was awarded his first Umina Beach Men’s Bowling Club’s 2020 Bowler of the Year Award.

Simington said he was chuffed to win the award in the presence of his other competitors after competing at Umina for five years.

“I’m over the moon and proud as punch to get the award,” Simington said.

“Thanks to all my fellow bowlers at Umina and I’d like to give a special thanks to the committee for doing a splendid job in such a tumultuous year.”

Simington went on to secure the award through his win in the 2020 Major Singles and Handicap Pairs and was runner up in the club’s Fours Championship.

Secretary Peter Springett said it had been a tough 12 months for bowlers after they experienced an interrupted season due to Covid-19 restrictions.

“It was a tight race throughout the year and wasn’t decided until the completion of the last Club Championship of the Year,” Springett said.