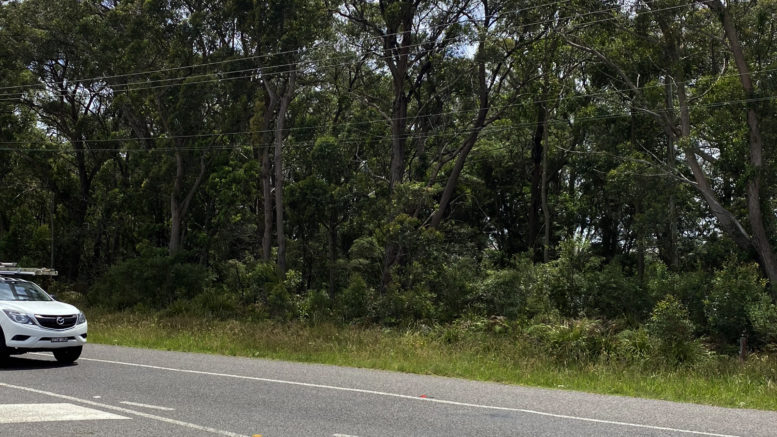 These controversial trees will now be trimmed for safety reasons

Trees will be trimmed at Warnervale airport, a decision that brings to a close a saga of reports and recriminations over safety.

Tree growth at the northern end of the runway has hindered planes landing at the strip by having to increase the angle of approach to clear the trees.

The decision was made at Council’s meeting on Monday, November 30, after Administrator, Dick Persson, heard differing sides to the story from three people addressing the public forum.

Persson said that he remembered a similar discussion about trimming trees during his time at Warringah Council on the northern beaches of Sydney.

He had spoken to residents who did not want trees trimmed at Beacon Hill Lookout but with the operative word being lookout, he didn’t believe the argument needed to be had.

And so it was the same for Warnervale, with the safety of the pilots being paramount, he adopted the staff recommendation to trim the trees.

Before he did, though, he listened to three speakers.

Laurie Eyes, from the Airport Resistance Group gave a detailed and technical speech explaining his views on why the reports to Council were flawed.

He questioned the need to trim the trees, saying they might have reached maturity and not grow any higher.

Two other speakers, John Codrington of the Your Central Coast Airport Association, and Central Coast Aero Club Manager, Andrew Smith, spoke in favour of trimming the trees in line with guidelines set by the Civil Aviation Safety Authority.

Codrington thanked the Administrator for visiting the airport, saying that some councillors had never visited.

He explained “mechanical turbulence” where any strong breeze blowing over the top of trees can disturb the airflow and cause wind shear which results in loss of height outside the control of a pilot.

Smith said that Warnervale airport had been a fixture on the Central Coast for 47 years, and had trained countless locals in that time, leading to careers in the airlines, the Defence Force or general aviation.

“Central Coast Aero Club and its operational arm, Warnervale Air, have been the sole providers of flight training throughout that period,” Smith said.

“This is enough to travel around the earth’s equator 500 times.

“These statistics are mentioned to illustrate that safety is something taken extremely seriously at the Central Coast Aero Club, and something which has always been the cornerstone of our operations.

“At the Council meeting of August 12, 2019, Council heard from numerous industry experts about the hazards of the tree lines.

“The recommendation by those experts was unanimous that they be trimmed immediately,” he said.

A staff report to Council included hundreds of pages detailing the saga to date.

Council first had to carry out environmental assessment under the Environmental Planning and Assessment Act (EP&A Act) prior to consent to mow, slash or trim the vegetation.

The report concluded that, based on the advice, the pruning of the trees at the northern end of the runway can be carried out in accordance with Part 5 of the Act.

“The issue of pruning the trees at the southern end of the runway is much more complex.

“There is currently no clear approval pathway to do this work without changes to either local or state planning instruments or legislation,” the report concluded.

Quotes are currently open for the cost of pruning the trees.