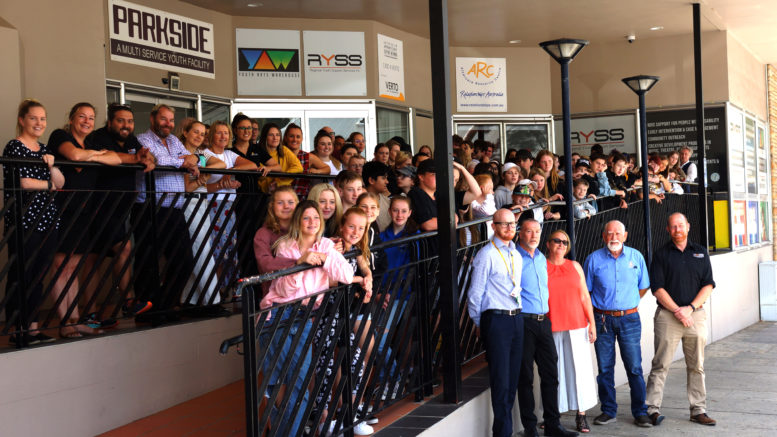 After 20 years, tenants in the Gosford Parkside building are having to relocate to make way for the construction of Central Coast Council’s Gosford Regional Library.

RYSS has worked out of the building since it was opened by then Premier Bob Carr, then Mayor Robert Bell, and the Pluim Group in 1999.

RYSS CEO, Kim McLoughry, said the partnership they have had with other businesses over the years had been a valued one.

“It has been a very long partnership with all of the tenants,” McLoughry said.

“Sadly, we have now had to split our services.”

From January 11, RYSS will run out of an office located at 131 Henry Parry Dr, Gosford, along with ARC.

ET Australia will split its services and school between a site in the Gosford Imperial Centre and the building next door to Parkside.

Verto will move into the same building as ET Australia, and Options Disability will move to various locations over the Central Coast.

McLoughry said the relocation had required a lot of organisation and work from all five organisations.

“We have all gone to a lot of effort.

“Our hope is the Council fulfils its promises to the community by building the Gosford Regional Library, as it has been a big move for all of the tenants.

“It has been a great space for the youth of the Central Coast.”

McLoughry said she is disappointed there will be no replacement of the Youth Arts Warehouse, which was opened in 2007 by then Arts Minister Peter Garrett and can hold up to 250 people.