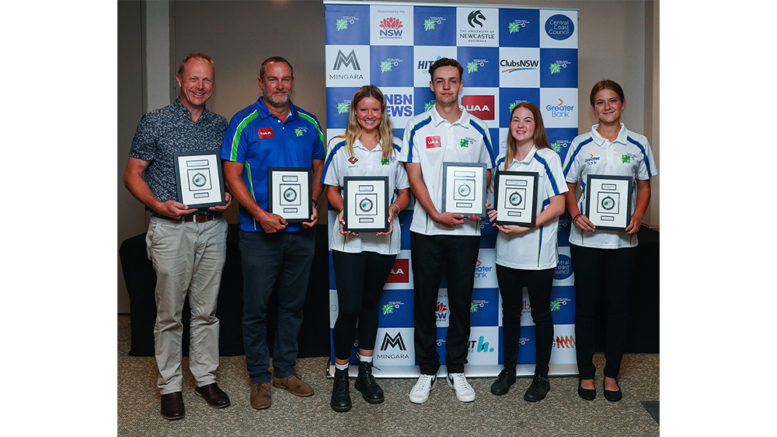 The Central Coast Academy of Sport has announced Stella Norris (Triathlon) and Alexander Jones (Hockey) as the female and male Athlete of the Year respectively.

Stella’s first year in triathlon as a talent transfer athlete from athletics and Surf Life Saving has seen some fantastic results, with many podium positions.

In the only Nationals race that was able to take place in Queensland last December, Stella made the A final in Youth Girls in a very tough field of athletes in her first National Level Triathlon Event.

In more recent achievements, Stella qualified for the Australian Age Group World Championships Team in Duathlon, should the event go ahead in the Netherlands.

Last weekend saw Stella in a team of 4 crowned as State Silver medallists in the Mixed Team Relay, a new addition to the sport in the next Olympics.

Male athlete of the year, Alexander Jones, also had a fantastic year with the Academy program, demonstrating his ability as a team leader and developing new skills and fine tuning existing skills.

The Academy’s Awards Evening was held in a Covid-safe format on Wednesday, December 2, at Mingara Recreation Club.

In other awards, Olivia Miles (Netball) and Brianna Kelly (Basketball) were awarded the Chairman’s Award, while the Ray Sandell Dedication to Sporting Excellence Award went to Jason Millers (Golf).

Brett Johnson (Hockey) was given the RASi Coaches Award in recognition of his extensive 35+ years commitment to Hockey and, more recently, to the UAA Hockey Program.