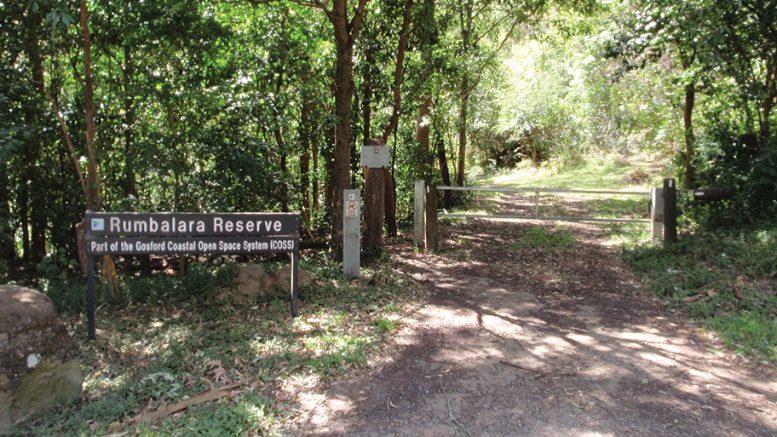 Rumbalara Reserve is part of COSS

The Central Coast branch of the Australian Conservation Foundation (ACFCC) wants to see a specific environmental protection zone created for all Coastal Open Space System (COSS) land in the region.

The group is calling on NSW Minister for Planning, Rob Stokes, and all State MPs to create the zoning for inclusion in the Central Coast Combined Local Environment Plan (LEP) and Development Control Plan (DCP) now being formulated.

“The proposed E2 zone is inconsistent with providing the high environmental protection it claims to provide the jewel in the crown of the Central Coast environment,” ACFCC President, Mark Ellis, said.

“Gosford City Council area was fortunate to have leaders with vision to create the COSS in the past and provide the green backdrop to the city.

“Since the introduction of the standard template in 2006, COSS has stood out on its own due to its unique status and requirement for a special environmental zone to protect the lands from development.

“The former council requested a specific environmental zone to accommodate this jewel in the crown of Gosford City.

“In 2017, Central Coast Council voted to protect COSS and took the motion to the Local Government conference, where a specific environmental zone was supported by the conference delegates to protect the unique COSS.

“It was just the political will of our leaders that was missing to support the community’s desire to maintain the environmental integrity of COSS, which covers ridgelines and endangered bushlands.

“Minister Stokes was happy to work with Council then, why not in 2020?

“The only thing that has changed is the Council staff and CEO.

“The structure, funding and importance of a stand alone environmental protection zone remains.”

Ellis said that COSS lands face the threat of being placed in E2 zone which allows secondary developments and housing.

“To rezone our environmental lands and COSS for urban and residential is contradictory to the key objective of Council’s adopted Biodiversity Strategy,” he said.