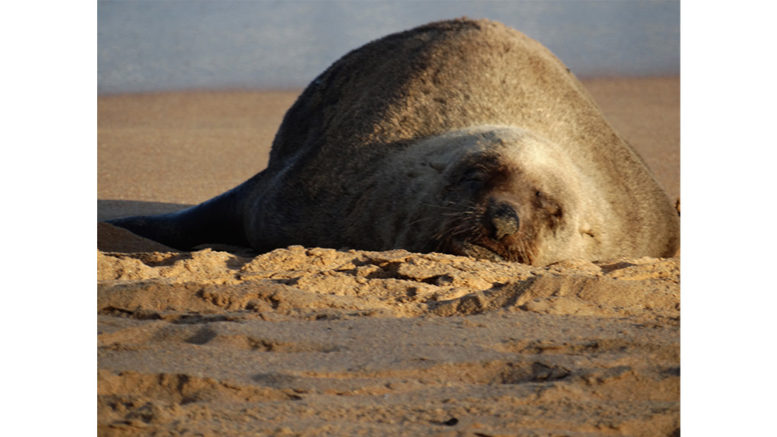 NSW National Parks and Wildlife Service (NPWS) has urged beach-goers to keep their distance from a large Australian fur seal which has been spotted sunbaking at Forresters Beach over the past week.

The bull seal was attacked by a dog at Long Reef north of Sydney early in November and has been trying out a few beaches heading north ever since.

Ronny Ling from Central Coast Dolphin Project said NPWS had been following the movements of the seal, nicknamed Reg because of his tendency to regulate his temperature by warming up when he hauls onto the sand, by putting his flipper in the air.

“He is identifiable by the big notch which has been taken out of his front flipper,” Ling said.

“He also has a small injury on his chin.”

Ling said it was important to give the seal space and not walk in between the seal and the water, as that is his escape route and he may feel threatened.

People must keep back at least 40 metres from the seal, not walk between the seal and the water and keep their dogs on-leash.

They are also urged not to attempt to feed Reg.