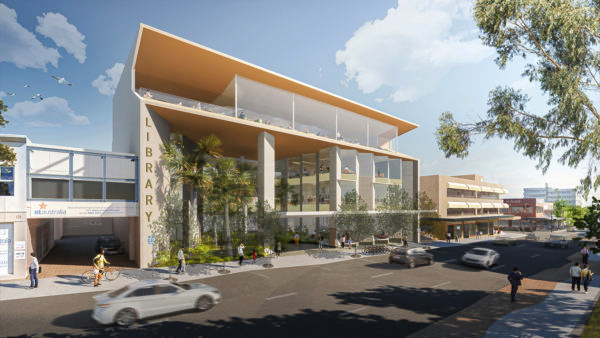 Plans for a Regional Library at Gosford have been deferred

Plans for a Regional Library in Gosford have been put on hold as Central Coast Council adopts deferrals, cancellations and cutbacks to dozens of capital works projects in the face of its financial crisis.

The cost saving measures were outlined in Council’s first quarter Business Report, which covers the period from July 1 to September 30, which was adopted, along with Administrator Dick Persson’s 30-Day Report into Council’s financial situation, on December 2.

A major review of Council’s capital works program has identified a number of projects region wide which can be cancelled, deferred or reduced, to save $65M.

Among other projects to be deferred and reconsidered at a later date are a pollution control device at Hylton Moore Oval, East Gosford, and new public toilets in Wiles Ave, Wamberal and at Macmasters Beach.

Security improvements at Council’s Erina depot have also been put on hold, as has a project to remove the glass awning at Gosford Regional Gallery and replace it with a steel roof.

The Terrigal Tennis complex will have to wait a little longer for new court posts, fencing and lighting.

Fire trail upgrades have been deferred at various locations and a lifeguard tower for Avoca Beach is also on hold.

Playspace upgrades at Hylton Moore Oval and Jirrumbah Park, Saratoga, are also on the list.

Among roadworks to be deferred are upgrades on Davistown Rd and Carrington St, Narara.

In his report, Persson said Council had embarked on a capital works program of $242M for 2019/20, which is $69M more than the average spend over the previous two financial years, under the incorrect assumption that capital works could be paid for from restricted funds

Council had also agreed to another $224M this year, but this would be drastically reduced under the proposed program of deferrals and reductions, he said.

The full report can be viewed on Council’s website.

Council invites elderly to run their own centre