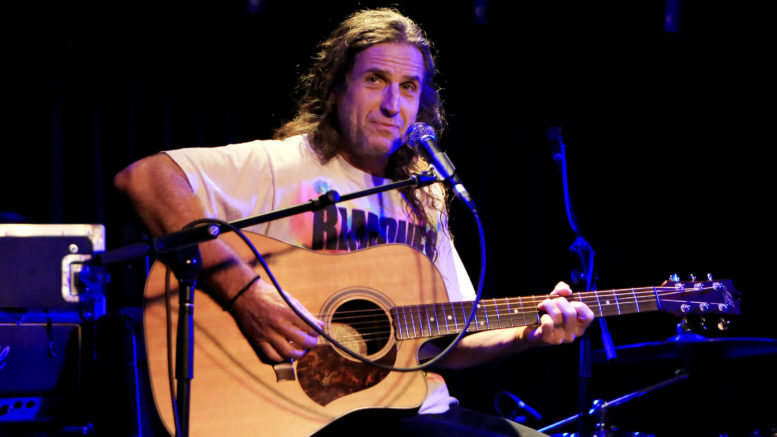 Singer, guitarist, and member of iconic Sydney alternative band the Hard-ons, Peter Black, will perform a solo gig at the Link and Pin Café in Woy Woy on December 18.

Embarking on his NSW tour after releasing his two new albums, If This Is The Hand That I’m Dealt and I’m Gonna Cheat As Much As I Can, Black has booked a last-minute gig on the Peninsula.

Black has played at music festivals like Big Day Out and toured with bands such as Nirvana, The Ramones and Foo Fighters, with his biggest musical hero being Paul McCartney.

“That guy does it all and his sense of melody and experimentation in the form is wild,” Black said.

“I love the ‘60s a lot; I love Michael Brown’s writing in all his bands – the Stories, the Left Banke and all the classic power pop, the Raspberries, you name it.

“In many ways, I don’t see what I do solo as that different, as its still pop but I wanted to present it in a much gentler fashion.”

A part of the Hard-ons since the ‘80s, Black has had a part in many alternative hits and released over a dozen albums, twenty singles and toured Australia, Europe, Japan, and the US countless times.

His two new albums are his sixth and senenth solo albums, one acoustic-based and the other electric.

Both albums have contributions from Jay Whalley of the Frenzals, Lauren Friedman of Neptune Power Federation, Heather Shannon from the Jezebels, and Ray Ahn of the Hard-ons.

“I was given an acoustic (guitar) at a party eons ago…and because I only knew power chords I thought, man I know so little of what this instrument can do, I can’t make this thing sound any good,” Black said.

“That was a big thing that got me on the path.

“Also, seeing someone like Brian Wilson play Surfs Up on the piano or Paul play Black Bird.

“Realising that just one voice and one instrument can be so powerful if the song is that good; that made me want to try as well.”

In 2016, Black released one mixed and mastered song every day for an entire year, with the Hoodoo Gurus band member, Dave Faulkner, helping with production.

Black’s solo show starts at 7 pm on December 18 at the Link and Pin Café, 18a Railway St, Woy Woy.

School wraps students and families in its web of support