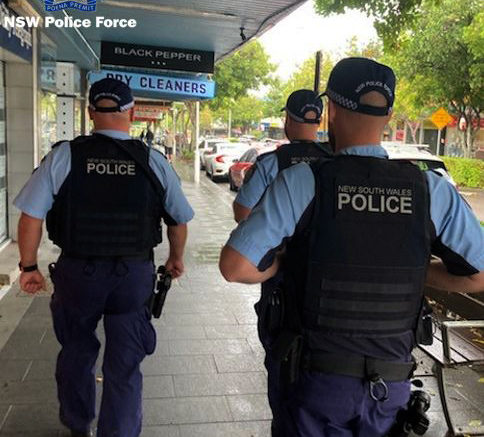 Police were out in force across the North on December 15 as part of Operation Overwatch Photo: NSW Police Force

Thirteen people have been arrested following a high visibility police saturation operation across the Coast.

Operation Overwatch was set up by Tuggerah Lakes Police District to ensure community safety following incidents of serious crime at the northern end of the Coast.

Mobile breath testing was conducted throughout each sector, while officers simultaneously conducted compliance checks at dozens of addresses across the two sectors.

As a result of Operation Overwatch: One Weapons and Firearms Prohibition Order was conducted in San Remo; 29 person searches were conducted; 13 ADVO compliance checks were conducted; 33 bail compliance checks were conducted; 13 people were arrested for offences including outstanding warrants, goods in custody, assault, custody of knife in public place and breach of AVO, with numerous other warrant enquiries made; 217 RBT’s were undertaken, with four positive roadside drug tests and three persons charged with PCA; 75 vehicle stops were conducted, resulting in six vehicle searches and two defects identified; Eight traffic infringement notices were issued; 14 licensed premises inspections were conducted; One person was issued with a move on direction; and one person was charged for possessing a prohibited drug.

Community engagements were also conducted in Lake Haven, San Remo, The Entrance and Bateau Bay, with police speaking to residents about their community concerns.

Officers also visited the Berkeley Vale Christmas Lights display, which was greatly appreciated by the children in the area.

“Operation Overwatch was just as much about engaging recidivist offenders in our neighbourhoods as it was about engaging with members of the public in a highly visible way.

“We want to assure the community that their safety is our top concern in their homes, in their streets, in their workplaces, and in their shopping destinations.

“We want the residents of the Tuggerah Lakes area to see their police out on the streets in numbers, targeting those who want to break the law and disrupt the peace.

“We will not stand for it, we will arrest these offenders and we will bring them before the courts,” Spt Gralton said.

Public Health Orders are being enforced

Seven in 10 cars are stolen with their own keys