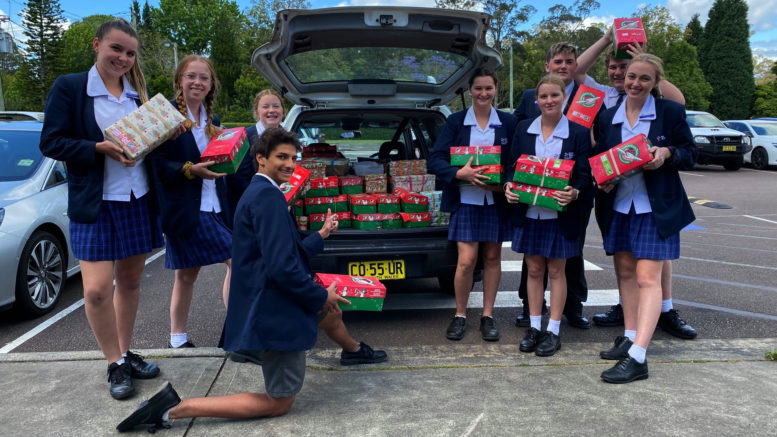 Toys, games, school supplies and sanitary items are just some of the gifts on the way to children in need, courtesy of Wyong Christian Community School (WCCS).

The school has donated 82 shoeboxes filled with goods as part of Operation Christmas Child, a global initiative run by Samaritan’s Purse to spread joy and the teachings of Jesus Christ.

Since its inception in 1993, Operation Christmas Child has delivered gift-filled shoeboxes to over 168 million children in more than 100 countries.

WCCS has been taking part in the project for the past 10 years, but according to School Chaplain, Nathan Holland, this year’s final Operation Christmas Child was unlike any before it.

“Normally, the initiative is run as a whole school event, but given how disrupted students were this year with the pandemic, it was decided that just the Junior School would be involved this time,” Holland explained.

With half the school not taking part, it was expected that the number of shoeboxes would be lower than previous years, but Holland said the final count was given a boost by several donations from well meaning community members.

“This year we had a lot of people drop shoeboxes off at the school, which was wonderful to see as we didn’t advertise that we were a drop off point.

“Past students, parents, grandparents and members of the wider community, it’s like they were on autopilot.”

And for Holland, such displays are proof of Operation Christmas Child’s value.

“As Christians we need to have the vision to look after those in need which is what Operation Christmas Child is all about.

“By taking part we aim to teach students to be generous and to give them a meaningful way to put their faith in action,” he said.