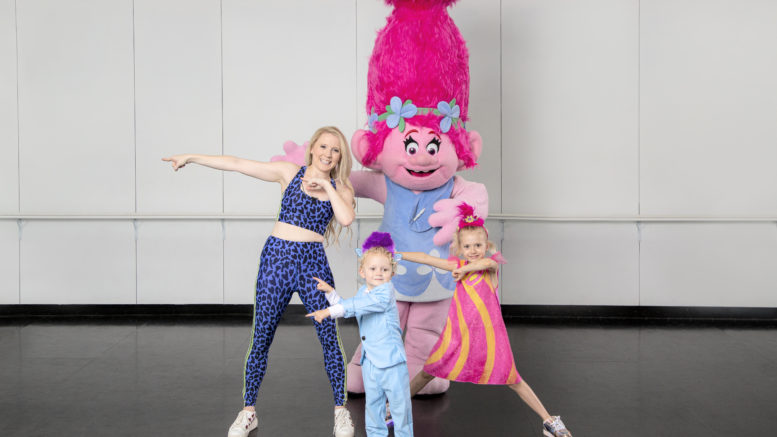 Nikki Webster with her children, Malakai and Skylah

Central Coast local, Nikki Webster, is set to add happiness to the living rooms of kids all over Australia by hosting her live streaming event, Australia’s Biggest Trolls Dance Party, at 4 pm on December 11.

The virtual dance party will involve Webster teaching the steps to the dance she choreographed for the official song of the Trolls World Tour film, The Other Side by Justin Timberlake and SZA.

“On the day of the Dance Party, I will be breaking down the steps for Trolls-loving families alongside my very excited children, Skylah and Malakai, and our very special guest, Queen Poppy,” Webster said.

“After a challenging year, with so much of it spent indoors, it’s never been more important for kids (and adults) to get their bodies moving.

“As we can’t all get together in real life for a big party, we thought we’d bring the party to everyone instead.

“The Dance Party will run for 15 minutes and will be full of dancing, colour and fun.

“This is in celebration of the home entertainment release of Trolls World Tour and its exclusive Dance Party Edition, which is available on digital now and on DVD on December 9.

“Trolls World Tour Dance Party Edition lets you dance along, sing along, and even control your own on-screen glitter explosions.”

Twenty years after performing at the opening ceremony of the Sydney 2000 Olympic Games, Webster now owns three dance studios, two in Sydney and one on the Central Coast.

The stream link is here.

Be a part of Nikki’s music video