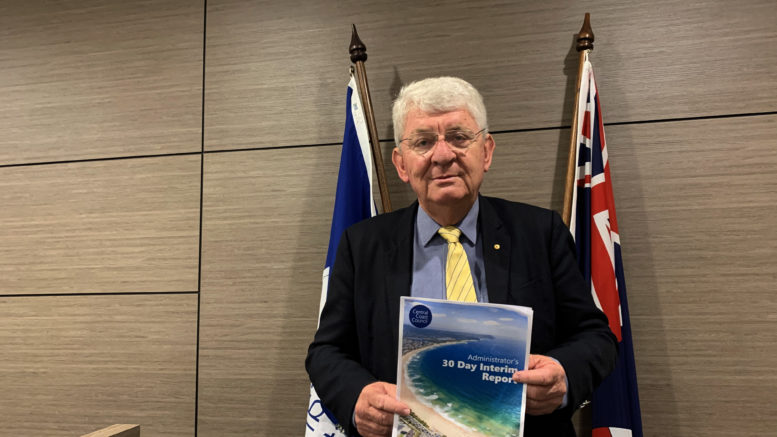 The nine directorates making up the senior leadership team at Central Coast Council has been reduced to five long term.

A sixth directorate is short term.

Malcolm Ryan has been engaged short term as chief operating officer to assist the interim Administrator and interim CEO deal with issues such as improving processes and structures.

The Council has earmarked $45M in its current budget for organisational restructuring costs including staff redundancies.

It then adds another $5M for the recruitment of critical or revenue generating positions.

The revised Senior Staff Structure will consist of directors for water and sewer; community services; environment and planning; infrastructure; and corporate affairs.

Persson flagged that the next level of management; the 37 unit managers, would also be substantially cut.

Council will cut staff numbers by 242 to return to the number of staff at the time of amalgamation.

Staff costs have risen by 43 per cent since amalgamation while revenue has risen by only six per cent, Persson said in his interim 30 day report.

He also mentioned the “substantial costs’ of $25M from an industrial dispute concerning 38/35 hour week negotiations; unifying the salary scale and harmonisation costs.