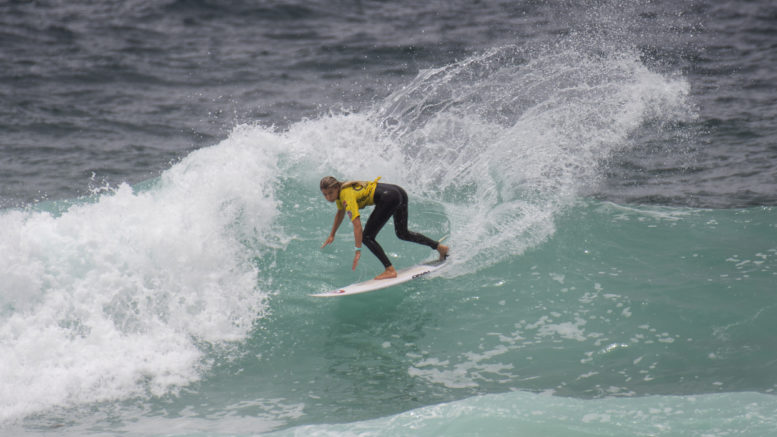 Shelly Beach surfer, Molly Picklum, has taken out the Women’s Division of the 2020 Northern Beaches Open.

The final event in the Australian Open of Surfing Series, the Central Coast star on the rise made the most of Narrabeen’s picturesque four-footers to take a commanding victory in the final.

Opting to sit closer to the shore, Picklum landed a series of punchy lefthanders which were duly rewarded with a handful of impressive scores amounting to a 15.90 two-wave heat total.

Speaking post event, Picklum said that she was pleased with her performance and excited for the return of the WSL Qualifying Series event in the New Year.

“The waves began to cook through the later stages of the event and some of the waves on the inside bank had so much potential.

“I knew Laura would try to get one of those long trademark North Narrabeen waves, so I figured I’d try and just focus on my own game plan and try and get my scores further down the bank.

“This series has been awesome and I think it ultimately helped all surfers prepare for the run of WSL Qualifying Series events that’ll take place next year,” Picklum said.