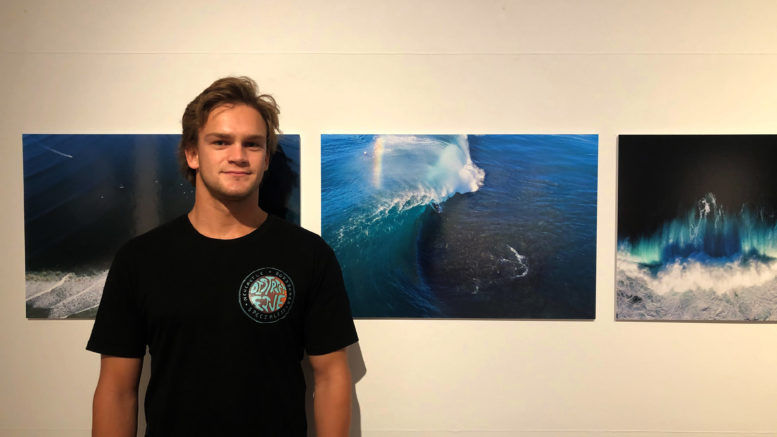 One chance, one wave, one filthy big pay cheque.

The semi-pro bodyboarder has thrown his flippers into the ring of Movement Magazine’s first of its kind competition that focuses on single wave clips over edited videos, and with first prize an eyewatering 30K, McAlpine is hoping that locals will toss him a few votes before the contest closes on December 30.

After ending last year as runner-up at the Australian Open Men’s Bodyboarding titles, McAlpine was keen to pursue bodyboarding more professionally in 2020, but things didn’t go to plan for the 24-year-old who works for NSW Police and also as an on call firefighter with Fire and Rescue NSW.

Horrific bushfires kept him out of the water for most of summer and then the pandemic saw the Australian Bodyboarding Association pull the plug on its season, leaving him with no avenues to bodyboard competitively.

Resigned to spending the year practising at his favourite breaks, a surprise opportunity to compete came in the form of NSW Surfing’s Online State Titles, with surfers and boarders able to submit videos of themselves in action.

McAlpine’s video picked up the top gong for ‘Best Barrel’ and he’s hoping to replicate that success in Short Circuit.

“I’ve actually really liked drawing on my creative side with all the video making, and it’s been a good distraction from not being able to travel and compete.

“I’ve made a few videos of me boarding with my mates, but those were just for fun, and this year they’ve felt a lot more serious and enjoyable,” McAlpine said.

Those videos have also helped put the spotlight on the Central Coast, with Crackneck Headland, Forresters Beach and even The Entrance Channel plugged as good places to catch a wave, with his Short Circuit entry shot at Forresters.

But McAlpine thinks it’s not just the local scenery that could earn him some votes from locals.

“My entry was filmed and edited by Riley Edwards with original music produced by Killarney Vale based artist, Jantoje, and I’m hoping that’ll help with the appeal.

“A lot of entries have copyrighted music and stuff like that, which could work in my favour,” he said.

“I’d love to make the top 10 at least and to do that I need to get as many votes as possible.

Winners will be announced on December 31.