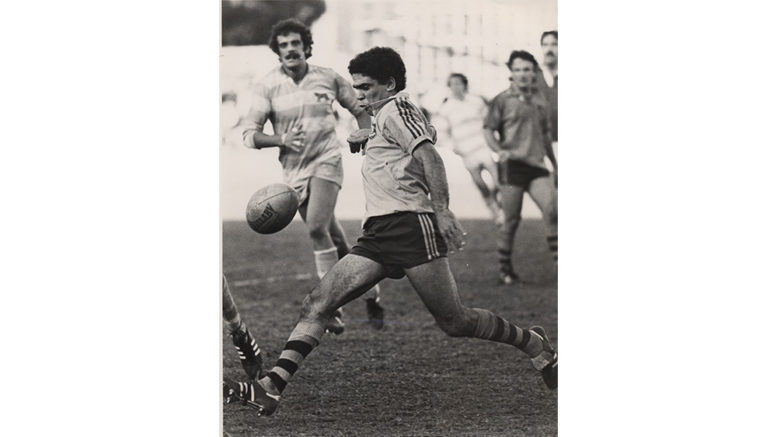 Tumbi Umbi’s Mark Ella has been elevated to Legend status in the NSW Hall of Champions for his outstanding career and lifelong contribution to Australian Rugby Union.

Ella’s Legend status was confirmed on December 3 and makes him the first rugby union Legend and 23rd Legend in the Hall overall.

Every year since 1979, athletes from NSW that have achieved the highest level in their sporting field are nominated and selected to appear in this sports museum that comes to life with memorabilia, photos and nostalgic moments.

The Legend status, introduced in 2007, recognises those champions who represent the greatest of the great in their field.

Nominated by NSW Hall of Champions Selection Committee members, Alan Whelpton and Alan Davidson, Ella has been named Legend for his lifelong contribution to Australian Rugby Union and outstanding career, regarded as one of the greatest rugby players Australia ever produced.

“After considering all past Legends and looking at the Sports’ successes, Alan Davidson and I both agreed that Mark Ella would be an excellent nomination for Legend,” Whelpton said.

“We are excited and delighted to welcome Mark Ella as the latest Legend in NSW Hall of Champions,” said Whelpton.

Upon receiving this recognition, the iconic Wallabies Captain said he was honoured and delighted to be considered a Legend.

Acting Minister for Sport, Geoff Lee, was thrilled to induct the 2020 sports superstars.

“The NSW Hall of Champions is a fantastic way to pay homage to NSW’s most elite athletes, who have gone above and beyond in their specialised field,” Dr Lee said.

“Highlighting these sporting achievements through the exhibition at Sydney Olympic Park aims to educate and inspire the future generation, helping them realise that nothing is beyond their reach,” he added.

The Champions join over 383 sportspeople from 56 different sporting backgrounds.

The NSW Hall of Champions is a free exhibition located at the Quaycentre in Sydney Olympic Park.

Terrigal moves to top of ladder