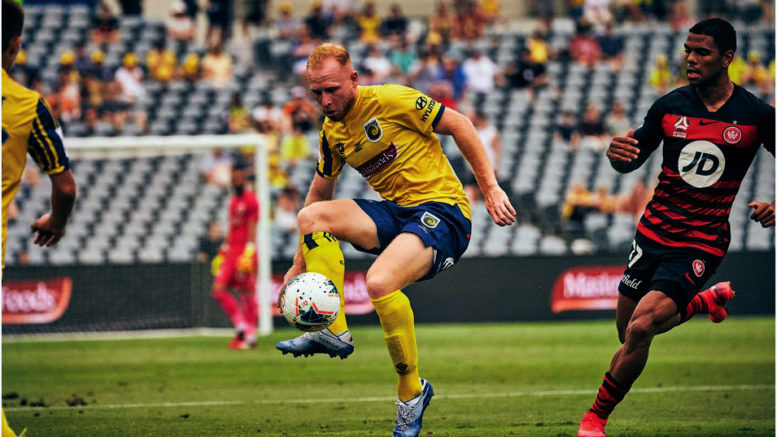 The Central Coast Mariners have granted Ziggy Gordon a release from his A-League playing contract and signed Polish attacker, Michal Janota, for the A-League 20/21 season.

Gordon approached the Mariners to request a release, and the club agreed.

The Scottish defender joined the Mariners in 2019 and appeared in every A-League game last season.

Mariners’ Head of Football, Ken Schembri said: “Ziggy has been a great professional since joining us last year, and all the staff have enjoyed our time working with him.

“We all wish Ziggy the best of luck with whatever comes next for him.”

Gordon thanked the Mariners and fans for his time in Gosford.

“This club is special and brilliantly unique, and one that I will always be indebted to for the opportunity and unwavering support from the fans and community,” he said.

“I only wish them success in the future and thank them and especially the supporters for what has been a memorable time in my life.”

Meanwhile Janota said he can’t wait to get started, with the season set to begin on New Year’s Eve.

“I’m looking forward to joining the new team, it will be another good experience for me,” he said.

“I am excited to play in a completely different league and be able to show my skills there.

“I heard from Adrian Mierzejewski and Radosław Majewski that it is an interesting league in which there are good players, and I have watched a few matches myself.

“I am an experienced player, but I still have a great hunger for football, and I will bring a lot of creativity.”

Subject to the imminent approval of his travel exemption permit, Janota will head to Australia shortly to complete mandatory quarantine before linking up with his new teammates.

The former Feyenoord man has spent much of his career in Poland and the Netherlands before a recent spell in Saudi Arabia ended earlier this year.

Janota has played professionally since 2006 and in that time has proven himself equally adept at finding the back of the net himself and creating chances for others.

His 2018/19 season with Arka Gdynia saw him score 10 times and provide 6 assists through his 32 matches, and Mariners’ Head Coach, Alen Stajcic, said that he is excited by what he believes Janota can bring to the Mariners’ attack.

“Michal is a player who will add great depth to our attacking stocks,” Stajcic said.

“Having spoken to Michal and seeing vision of him play, we are confident that he can be a great addition to the team and make a difference for us up front.”