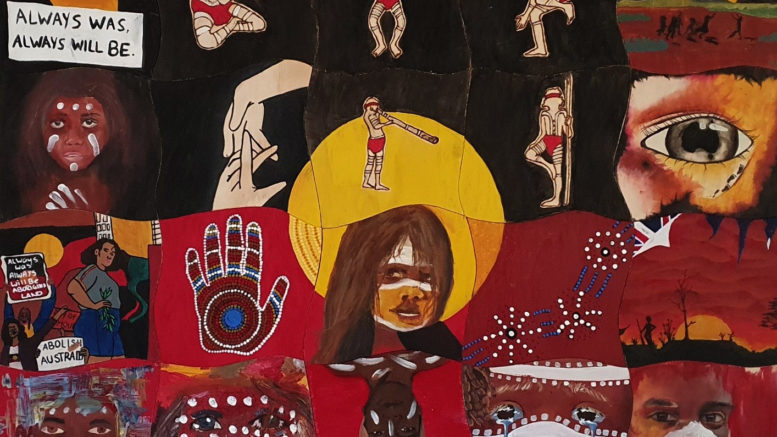 Open to all indigenous and non-indigenous students from Years 3 to 12, the competition challenged students to create works of art that reflected their interpretation of this year’s NAIDOC Week theme, Always Was, Always Will Be, and according to NSW AECG Senior Project Officer, Kyara Nean, local schools did not disappoint.

“We were overwhelmed with almost 1,500 entries and the positive discussion that this year’s theme generated within schools and families and we had many excellent entries from schools on the Coast,” she said.

Of these entries, four were awarded placements in the competition, with OLR’s Millah Grant and MacKillop’s Eli Guest both awarded a Highly Commended Primary School Artwork Award, while TLSC Tumbi Umbi took out first place in the Collaboration Artworks category, with Lakes Grammar right behind them in second.

TLSC Tumbi Umbi’s winning piece was a puzzle inspired mural, with each student involved in the project painting their interpretation of Always Was Always Will Be onto a piece of the puzzle, which once assembled, took on the likeness of the Aboriginal Flag.

NAISDA students give back to community