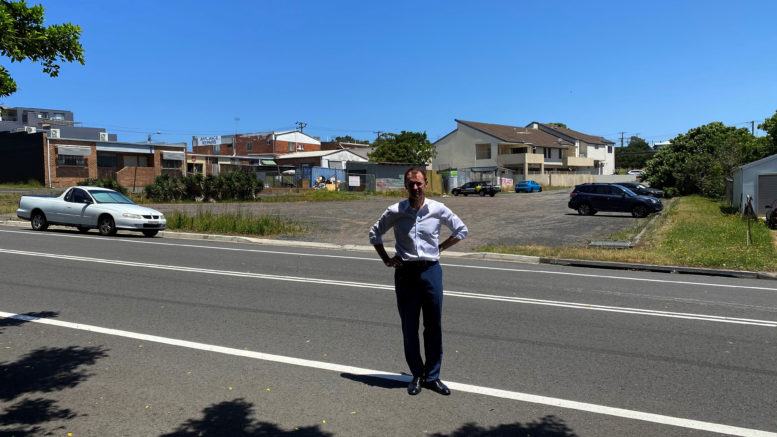 The Entrance MP, David Mehan, is pleased 23-25 Ashton Ave, The Entrance, is not going to be sold

The Entrance MP, David Mehan, has welcomed the decision by Central Coast Administrator, Dick Persson, to remove land identified as suitable for affordable housing from the list of sites approved for sale at Council’s November 30 meeting.

Mehan wrote to Council directly when he found out that 23-25 Ashton Ave, The Entrance, which had been earmarked for affordable housing under Council’s Affordable and Social Housing Strategy, was included on a list of proposed assets for sale.

“There is now less social and public housing on the Central Coast than there was 10 years ago,” he said.

“It is pleasing to see this land removed from the list of sites up for sale.

“I have now written to the NSW Minister for Housing, Melinda Pavey, asking that she provides all assistance possible to ensure that this land is now developed for affordable housing, sooner rather than later,” Mehan said.

Social housing: What is the alternative?