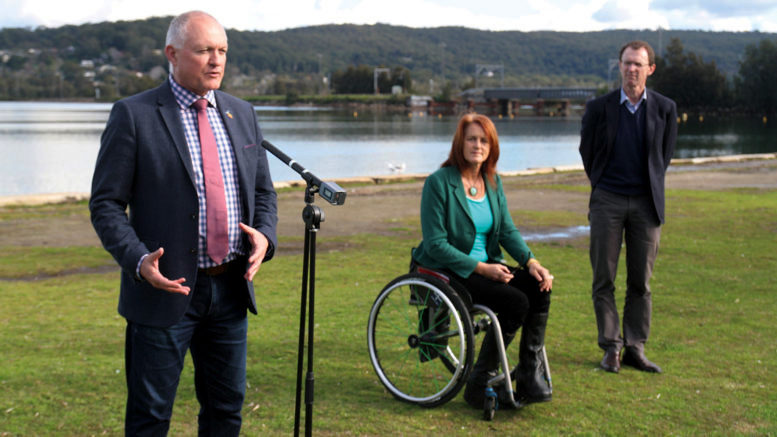 Federal and State Labor MPs on the Central Coast have vowed to oppose any attempt to introduce a 10 per cent rate increase for residents, as mooted in a motion which was passed at a Council meeting on November 26.

Council called the special meeting to give itself permission to apply for a rate rise – even though it hasn’t decided as yet if it wants one.

The Council hedged its bets by accepting a motion to go to IPART with a request for a 10 per cent increase for seven years.

But Labor MPs say they will fight the rate rise laying the blame for Council’s financial woes squarely at the feet of the State Government’s “failed council amalgamation”.

The cash crisis saw Council facing an annual deficit of $89M or more and led to the suspension of councillors and the appointment of interim Administrator Dick Persson by Local Government Minister Shelley Hancock on October 30.

In a joint media release, Federal Member for Dobell, Emma McBride, Senator Deborah O’Neill and State MPs Liesl Tesch (Gosford), David Harris (Wyong) and David Mehan (The Entrance ) said the State government had forced the amalgamation of the former Wyong and Gosford councils in 2016, saying they did not meet the “Fit for the Future” test based on claims around scale and capacity.

“But it has been now shown that all merged councils are experiencing financial challenges and the amalgamation process has not been supported adequately with expertise or funding,” they said.

Harris, who is also Shadow Minister for the Central Coast, said the region was facing its first recession in 30 years, with businesses and households battling to pay their bills.

“Our local regional economy is fragile, and we need to grow jobs by attracting people and business, not increase the burden and create disincentive,” he said.

“Coast residents do not have the capacity to pay higher rates to bail out the NSW Government’s failed amalgamation business model.

“Coast Labor MPs and Senators oppose any attempt the Government might make to claw back funds through higher rates to fix structural issues created by their amalgamation experiment; this is nothing more than an amalgamation tax on local residents and business.”

Administrator rules out sale of water and waste assets