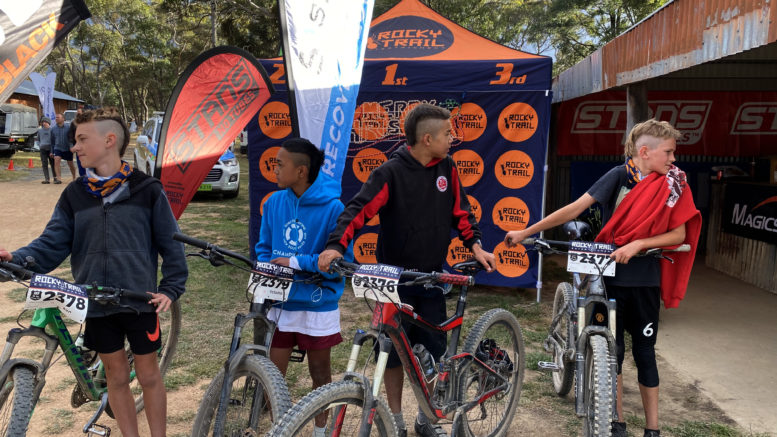 Four young mountain-bikers from Killcare, calling themselves the Four Mulleteers, journeyed to Rydal in NSW to take on the best riders in the state last weekend (December 12-13) in the Rocky Trail Jet Black 24-hour Race.

Over 200 riders competed in the final Jet Black event of the year, seen by many as the ultimate mountain biking event, with pit crews camped out across the Rydal showground to support their solo and team riders though the afternoon, night and following morning.

The main 24 hour event was taken out by seven times world champion, Jimmy English from Newcastle, but not before a major showdown with contender Alwyn Miller.

After an intense tussle throughout the night where the lead changed several times, English clinched the event only in the final lap.

“There were a few instances where he rode away and I had to chase him back,” English said.

During the 4-5 hours it then came down to saving time in the pits – when you do 45 laps, winning or losing even 10 seconds in the pits can be the difference in a 24 hour race.”

In the12 hour junior event, the Four Mulleteers earned themselves a spot on the podium, finishing in third place.

They completed 21 laps around the grueling 10km course through the rugged Rydal scrub, recording an average lap time of 35.1 minutes.

In a scintillating final lap, Martin Macdonald completed the course in 28.30 minutes, within five minutes of the best lap time recorded by Jimmy English.

(Martin lost a chain on his very first lap but denies that it got caught in the tail of his mullet.)

The boys received a rousing round of applause from the 500-strong crowd for their efforts both in completing the grueling event and the fine hairstyles.