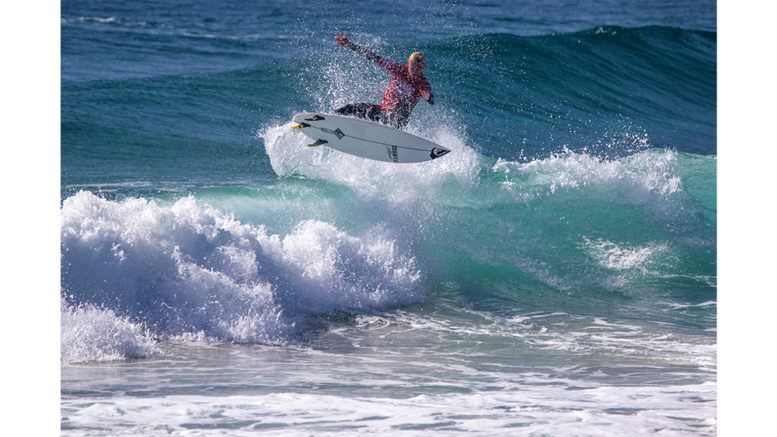 Event seven on the 2020 Australian Open of Surfing Series, Vaughan made the most of punchy two-foot surf conditions to carve his way into the men’s final against Narrabeen’s, Jordy Lawler.

With both surfers having shown their affinity for the conditions on their road to the final, what followed was a pinballing score as both Vaughan and Lawler nailed an array of snaps and aerials to keep within upset distance as they entered the final minutes of their heat.

But it was Lawler who managed to pull ahead after making the most of a perfect righthander that saw him post a clinical 8.20 wave score that saw him leapfrog Vaughan to the top spot.

The series will now head to Sydney for its final instalment, with the Northern Beaches Open set to get underway from December 13.

Surf’s up in the gallery