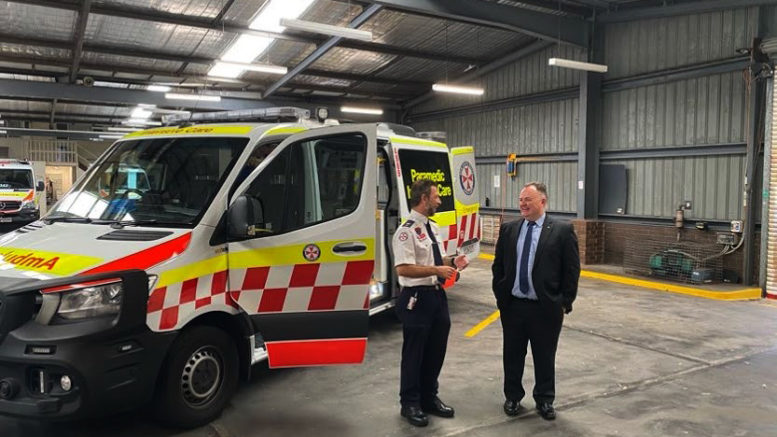 In the biggest allocation of health services on the Coast, Ettalong Station has been allotted four new ambulances as part of the State Government’s response to Covid-19.

In total, 11 new class 1 ambulances were assigned to the Coast, but Ettalong received the highest number following the addition of 12 new paramedics to the station earlier this year.

A spokesperson from NSW Ambulance said the new ambulances were part of a state-wide enhancement of health services.

“Factors such as existing and projected activity levels, demand for ambulance services in an area, changes in demographics, population growth, and seasonal tourism influxes are all considered when planning new services, as are proximity to other ambulance stations,” the spokesperson said.

“Three of the four vehicles are already on the road servicing Ettalong and surrounding communities.”

The fourth ambulance is expected to be out on local roads in the coming months.

Parliamentary Secretary for the Central Coast, Adam Crouch, said the ambulances were part of a $17M investment into health services on the Coast.

“Providing state-of-the-art equipment and resources is the best thing the NSW Government can do to support paramedics responding to emergencies in our community,” Crouch said.

“The ambulances come with additional life-saving equipment on board including defibrillators and laryngoscopes.”

Crouch also said the deployment locations of the additional ambulances can be updated if required to prioritise areas experiencing a higher demand.

Stations at Bateau Bay, Hamlyn Terrace and Point Clare have all been allocated one new ambulance each, with Doyalson Station and Toukley Station expected to receive two each.