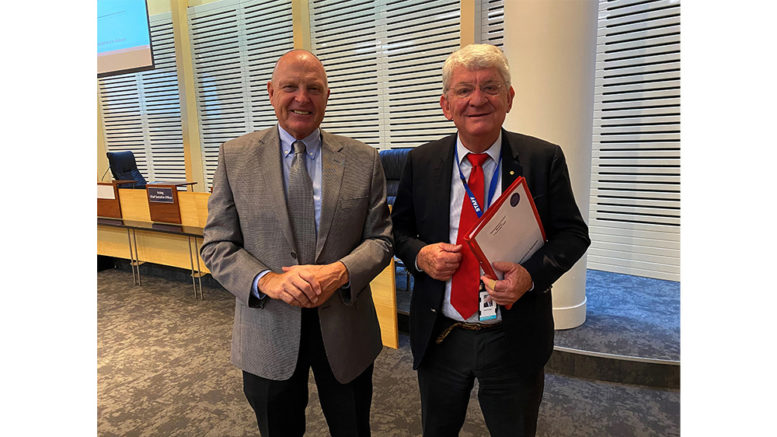 The United Services Union (USU) is in talks with Central Coast Council to mitigate the effects of proposed staff cuts in the wake of the Council’s financial crisis.

Council Administrator Dick Persson signposted in his recent 30-day report that more than 200 jobs would go, but Union spokesperson, Luke Hutchinson said he was hopeful important services would not be impacted.

“I’ve already had some mass meetings with staff … and we have put out a statement to our members (to reassure them) that we’re at the table, we’re working through these matters and we’re hopeful,” Hutchinson said.

“If there’s an opportunity for some staff who may want to (take) voluntary redundancy, as much as we don’t want to see it, that’s what may occur, but obviously we want to protect (members to) the end.

“We have not had any discussions with Council about core jobs, which is fundamentally important for the community and our members.

“Things like childcare, library, sewerage, roads, parks and other essential services seemingly at this stage are looking untouched and it looks like more middle management and administrative based areas that we need to continue to work through.

“The USU is involved with meetings with Council on a daily and weekly basis.

“There’s been some discussion about the reduction of staffing levels, which is no secret, but I’m not certain that cutting 242 staff is going to be the outcome.

“My understanding is that Council has a target figure but depending on whether there are some voluntary redundancies accepted at certain levels of the organisation, that may limit how many actual physical people leave the organisation in terms of that reduction.

“If there’s an opportunity to assist staff through a voluntary (redundancy) process we will work with them through that process.

“We are trying to get a list of where those targeted areas or positions may be rather than just across the board because I don’t think Central Coast Council and the community can afford to lose rank and file jobs or operational jobs.

“We need to be quite strategic on how that process unfolds and we’ve been working with Council with that.”

Hutchinson said interim CEO, Rik Hart, had come to the table and was willing to engage with the Union.

“But it’s obviously hugely concerning and an appalling state of affairs that Mr Hart and the USU are left with to try and clean up,” he said.

Hutchinson said the USU’s aim was to try to minimise any impacts on members and on the community.

He said he and the General Secretary of the USU would have further meetings with Administrator Dick Persson and CEO Rik Hart in coming weeks.

Persson confirmed he had met with the USU on the second day of his appointment.

“We spoke at great lengths regarding the concerns they have, and I share some of their concerns,” he said.

“I will continue to engage with the USU as I work through the financial situation and its implications.”

A Council spokesperson confirmed steps toward financial recovery would include a reduction in the costs of Council’s current workforce to pre-amalgamation workforce levels.

“This equates to a reduction of the annual amount spent on employee costs to $175M,” the spokesperson said.

“Council staff are being kept informed and Council always consults with staff and unions about any workforce impacts, in line with the Local Government State Award.”