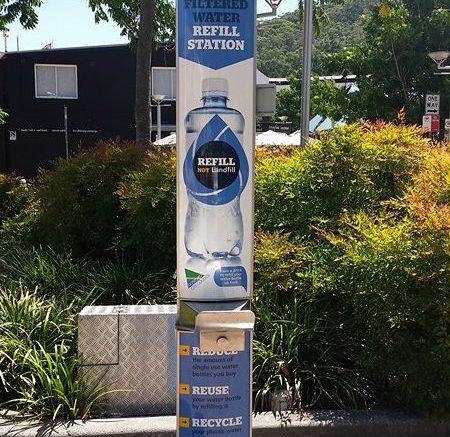 A landmark study to help tackle the issue of sugar sweetened drink consumption among adolescents is being carried out in secondary schools across the Central Coast.

Eighty-five schools from across NSW are taking part, including the 20 on the Coast, and they have all received educational resources to deliver as part of their curriculum throughout the study, as well as materials to promote drinking water as the healthiest way to quench thirst.

Select schools also received a chilled water station as part of the study, with every participating school to receive a station upon the study’s completion, with the findings to inform the CCLHD on how to tackle the issue of sugary drink consumption on a regional scale.

The current study builds on an initial pilot study that targeted Year 7 students in local high schools that also aimed to address the high intake of sugar sweetened drinks among adolescents.

More than half of NSW children aged 12–15 years consume these drinks daily, and more than one in five children in NSW aged 5-16 years are above a healthy weight range, proving the need for the study.

“Childhood and adolescent overweight and obesity in Australia is a significant public health issue, and the consumption of sugar sweetened drinks, which is particularly high among high school students, is a key contributing factor to this.

“While current statistics surrounding the drink choices of Australian adolescents are concerning, our initial pilot study indicated that it is possible to intervene and change behaviour,” said Kajons.

“However, in the Australian context, there are limited studies on how this may occur in the secondary school setting.

“The Thirsty? Choose Water! study seeks to establish how effective promotion and education, as well as the installation of chilled water stations, can be in changing adolescents’ habits by getting them to replace their sugary drink with water.

“We’re hoping that our findings will support the adoption of strategies that contribute to young people choosing water instead of sugary drinks,” Kajons said.

Wyong High School is participating in the study, and according to its Head Teacher of Wellbeing, Colin Henry, its impact was clear to see.

“We signed on to the study in September 2018, and were thrilled to be one of the schools to receive a chilled water station.

“To date, the station has refilled over 67,000 water bottles, boosting water consumption among students and keeping thousands of bottles out of landfill,” Henry said.

Prior to joining the study, Henry said sugary drink consumption was rampant among students, but in the years since the water station was in place, presence of such drinks on campus had declined.

“Before we got involved in the study it was common to see students with flavoured milks, soft drinks and energy drinks, and while they haven’t been completely eliminated, we are definitely seeing more students drinking water and utilising the station.”

Indeed, the station has proved so popular that the school’s P&C came together to fundraise for the installation of a second station to help reduce wait times and give students more options for accessing chilled drinking water.

Henry said it was exciting to see the change in student drinking habits take shape.

“The impact of this study has just been enormous.

Premier launches ‘Getting on Track in Time’ Program in Gosford

Franchise to provide a herb garden to women’s health centre