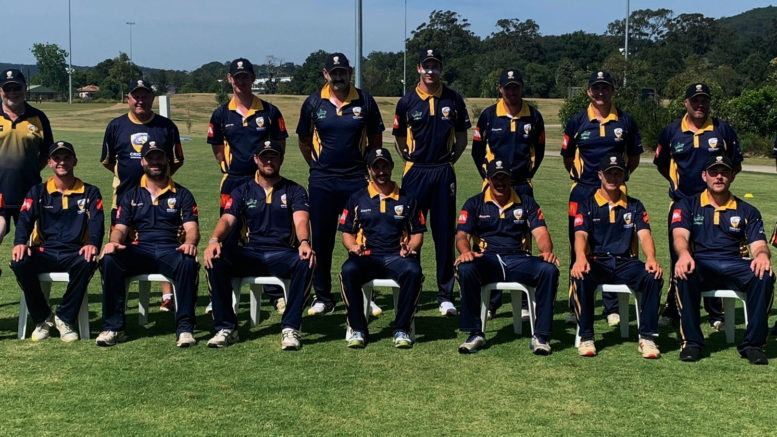 Central Coast recorded a historic victory against Newcastle, but still failed to progress through to the final of the McDonald’s Country Cricket Championships which concluded at Central Coast Regional Sporting and Recreational Complex, Tuggerah, on November 29.

Since the formation of the Country Championships the Central Coast had never beaten Newcastle and went into their match disheartened following an abysmal batting performance against Central North the day prior.

Winning the toss and choosing to bat in hot and windy conditions, Central Coast’s top order once again failed to fire, and they slumped to 3/6 inside the first four overs.

Enter Day 1 stars, Dylan Robertson and Harry Woodhead, who led a remarkable comeback for the home side.

No doubt the pair would have conjured up their strategy around the kitchen table the previous night, but after seeing off the Newcastle bowlers early, they were able to expand their shot making as innings progressed.

When Robertson was eventually dismissed in the 47th over, the pair had put together a partnership of 138 runs to provide a glimmer of hope for the Central Coast.

Defending 219, the Central Coast threw the new ball to Harmsworth and he delivered immediately, picking up two wickets in the first over.

Fellow opening bowler, Alex Patterson, picked up two of his own, and when Harmsworth claimed previous day century maker, Ryan Van Kemenade, Newcastle’s innings was on the rocks at 5/16, which became 6/28 when Ben Sunshine claimed a wicket with his first ball.

The question on everyone’s lips was, could the Central Coast pull off a miracle to win the carnival, which would have required them to bowl Newcastle inside 70 runs.

Unfortunately, this was not possible as Ben Balcombe saw the visitors to safety with an innings of 65.

However, the Central Coast was able to claim the ground breaking victory when Ben Sunshine took the final wicket to dismiss Newcastle for 147.