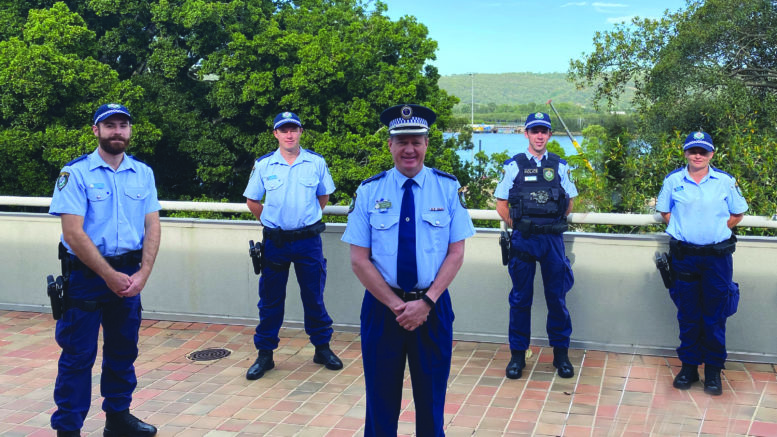 The new officers took up their positions on December 7, along with four probationary officers at Tuggerah Lakes.

Parliamentary Secretary for the Central Coast and Member for Terrigal, Adam Crouch, said the region had now welcomed 21 new police officers this year, all of whom have boosted public safety at a time when it is most needed.

“Our men and women in blue put their lives on the line every day to protect the community,” Crouch said.

“I thank and congratulate every single one of these officers for choosing to join the Force and I wish them all a long and successful career.”

The new recruits have completed eight months of foundational training and attested at the special ceremony, paying tribute to the Classes of 2020, who joined the Police Force to protect NSW during the catastrophic bushfire season and at the height of the COVID-19 pandemic.

Minister for Police and Emergency Services, David Elliott, said the NSW Government is committed to supporting them throughout their careers.

“Our police cadets have faced exceptional challenges this year, but they have shown they can overcome difficult circumstances to complete their training, and they will now use the same resilience to push them forward in their new careers,” Elliott said.

The NSW Government has already committed $583M to introduce 1,500 extra police over four years and recently announced a $60M upgrade to the Goulburn Police Academy.

Police want to speak to this man