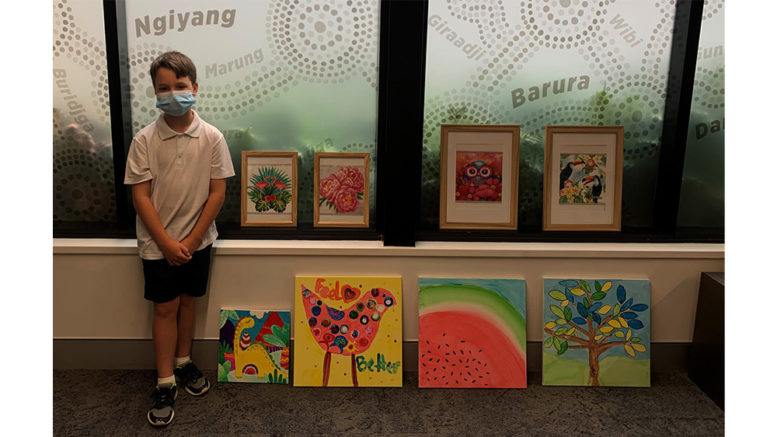 Year Three Kariong Public School student, Brandon Keele, has brightened the lives of sick children by donating a series of paintings to the Pediatric Ward at Gosford Hospital.

The brightly coloured paintings created by himself, his grandmother, classmates, and teacher, have been hung along the halls of the ward.

“From that point on, Brandon, his grandmother, and myself got together some art materials, and we came up with some great pieces of art.”

Once created, Brandon presented the artwork to the hospital on behalf of his grandmother and the class.

“The kids were really amazing because they just worked collaboratively on them all,” Hoyle said.

“Even though it was a collaborative effort, it was Brandon’s initiative.

“He was really keen for our class to be involved and we really supported that idea.”

Brandon said the idea came because he wanted to do something kind and make the kids happy.

“Some of my friends are really good at art, so I thought we could brighten up the ward,” Brandon said.

“We made some in class, and I’m still working on some at home too.”