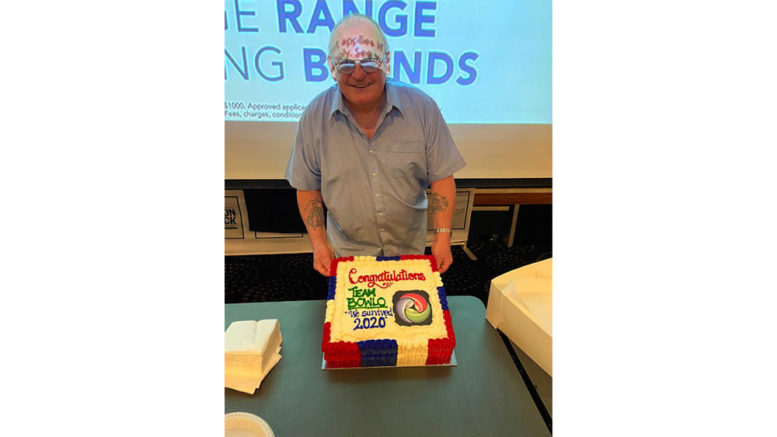 An Ettalong club has handed down its yearly review after staff met at the club’s weekly morning bowls on December 9.

After the major rolling back of COVID-19 restrictions in NSW on December 7, Ettalong Bowling Club can now host its entire cohort of bowlers – as seen by a record crowd of 100 bowlers at the December 9 meeting.

Director Ken Dixon said the clubhouse has also been running successfully in what has been a tumultuous year.

“We closed down on March 23 and opened up June 1 – we’ve been going for quite a few months now, and starting to get back to normal,” Dixon said.

The club has been hosting monthly charity raffles this year to raise funds for Central Coast Kids in Need, an organisation which focuses on raising money to assist families who have children with prolonged illnesses.

The club has raised around $24,000 this year with help from the three Bendigo Community Banks on the Coast – Ettalong, East Gosford and Wyong.

Dixon said the club will hand down its yearly total in early January after hosting its last raffle on December 20.