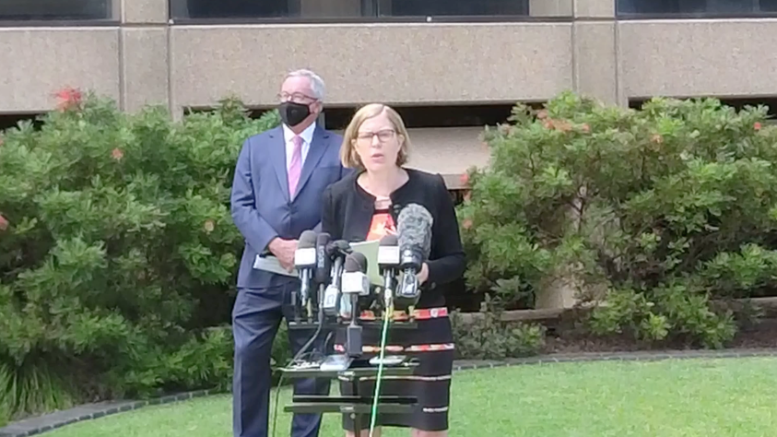 Central Coast residents are being urged to continue being tested for COVID-19 if they have even the mildest symptoms, with a COVID positive Western Sydney resident having visited Avoca Beach on December 20 and virus fragments having been discovered in a sewage treatment plant at Kincumber.

The COVID positive resident, who is in isolation in Western Sydney, visited the Saltwater Bistro at Avoca Beach Hotel on December 20 between 7.40 and 8.30pm.

Anyone who attended the bistro at the specified time is considered a casual contact and must get tested and isolate until they receive a negative test result.

They should then continue to monitor for COVID-19 symptoms for 14 days and if any symptoms occur, get tested again.

The business had a COVID-safety plan in place and casual contacts are being contacted, with the case having been linked to the Avalon cluster.

Meanwhile, the state’s sewage surveillance program detected traces of the virus at the Kincumber sewage treatment plant on December 21.

There are currently two confirmed cases in the Central Coast Local Health District, both of whom are being monitored.

Central Coast Local Health District has reinforced the importance of physical distancing, good hand hygiene and remaining alert for symptoms, which include a fever, cough, sore/scratchy throat, shortness of breath, runny nose, and loss of taste or smell.

In addition to testing clinics at Gosford and Wyong hospitals, a walk-in COVID-19 testing clinic has been established at the Woy Woy Hospital, next to the kiosk, on Ocean Beach Rd, which will operate every day until Thursday December 24 (inclusive) between 8am and 4.30pm.

Residents are reminded that home gatherings are limited to 10 people, with a slight easing of restrictions announced by NSW Premier Gladys Berejiklian allowing children under 12 to be excluded from the number count over Christmas (December 24-26 inclusive).

Berejiklian reinforced the fact that this is the maximum number allowed, more than one group of 10 visiting at different times of the day is not permitted.

On December 27, restrictions revert to a maximum of 10 persons visiting a home, including children.

Singing and chanting at indoor venues is not allowed and the one person per four square metre rule applies to all hospitality venues and places of worship.

Dancing is not permitted, except for weddings, where a maximum of 20 from the bridal party will be permitted.