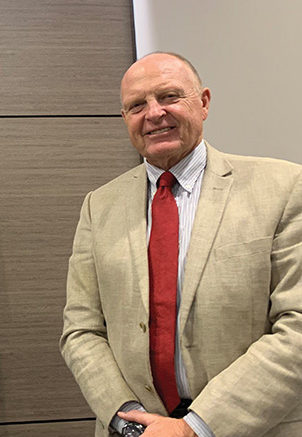 Auditors are in the sights of Central Coast Council about advice provided on the reporting of restricted funds.

It appears this may have led the Council to believe it had more cash reserves than it actually did.

A significant issue for the new Council was the way auditors suggested they account for restricted funds at the beginning of 2017, when the Council was still under administration from the merger.

Council’s Acting CEO, Rik Hart, said there was a note to the accounts in the 2016 financial year saying the department had a voluntary policy on how to account for restricted funds.

“This was done at the time allegedly under the advice of the auditors,” Hart said.

The policy made it appear that the Council had an extra $88M as cash that could be spent.

Hart said that elsewhere in the annual report, the funds appeared as restricted funds.

“These were published numbers, they were there if you knew where to look,” Hart said.

The reporting of the restricted funds as cash meant the Council, at the beginning of the 2017 financial year, thought it had $93M in cash when in fact it only had $5M.

At the end of the financial year, the Council had saved $65M from income thanks in part to $80M in operational grants from the State Government.

So, it had total cash of $70M only, not the extra $88M of restricted funds mentioned at the start of 2017 in the published accounts.

But even with only $70M in cash, Council started the 2018 financial year in great shape.

That was July 2017 and the council was still under administration.

The councillors were not elected until September 2017.

“$70M was a sound amount to have as a cash buffer for unexpected expenses and to cover for fluctuations in cash flow,” Hart said.

But once the councillors were elected, the Council started spending way more than it earned in income.

By the end of financial year 2019, another $5M was added to the accumulating deficit.

Also looming by then was a $39M cut in income from the IPART decision to lower water and sewer rates for the Central Coast.

By the beginning of 2020, the figures were showing that income was decreasing and costs increasing.

That will take the Council’s accumulated loss to more than $230M but when paper losses of devalued asset sales are taken into account the loss is about $200M.

The cash crisis emerged when the council announced in October that it had been using restricted funds to pay operational costs.

This money has to be repaid but Council can take its time repaying it and it will pay no interest on it in the meantime.

The Council resolved in November for a $50M loan to be accepted so these restricted funds were no longer being used.

The Council’s main focus now is to crystallise the losses this year so the Council can work on a balanced budget next year and for the next 10 years after that until the debt is paid.

Council has in place a Business Recovery Plan and is working on reducing costs; selling assets to raise money and looking at getting another loan to pay the bills until the council’s income is higher than its expenditure.

For the $317M long term debt that Council is carrying, the Council is making interest payments and paying back the principle just like a resident would pay back a mortgage.

The $200M that has to be paid back can be likened to a resident with a mortgage raiding their superannuation fund to pay for their lifestyle.