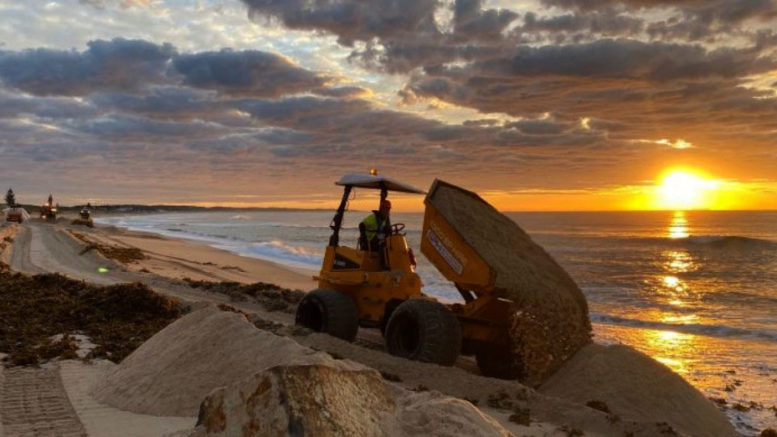 A letter asking for national leadership on beachfront coastal erosion is being penned by Central Coast Council Administrator, Dick Persson, vowing to “up the ante” to get something done.

Persson said he was “mad as hell and somebody has to do something” in response to a report to Council’s December 14 meeting updating him on beachfront and river management plans.

After his speech, he said he felt better for “venting”.

Persson said that all councils he has worked at have had significant coastal erosion.

“Tonight’s news tells us Bryon Bay’s beachfront has gone and not just some of it, but it is right along the beachfront,” he said on Monday night when storms were still lashing the north coast.

Persson said the issues at Collaroy on the Northern Beaches were still not resolved and the Central Coast had the same sort of problems.

He said he had already in the past written to the Federal Government and had received no reply.

“We are going to end up with walls with no beach in front of them or retreat.

“It is just not satisfactory,” he said.

Persson said the issue needed leadership from both the state and federal governments.

CMPs are prepared through a five stage process.

These are currently underway for the Hawkesbury-Nepean Estuary (including Broken Bay and Brisbane Water), the Open Coast and Coastal Lagoons areas and the Tuggerah Lakes Estuary.

Community consultation and engagement is to be undertaken as the plans are developed.

Certified CZMPs will cease to have effect from December 31, 2021, with only certified CMPs being recognised from that time.

There is, however, no requirement for councils to complete CMPs by 2021.

The report went on to explain the roles of multiple NSW Government agencies and Central Coast Council during the response to the coastal erosion event that occurred during July 2020.