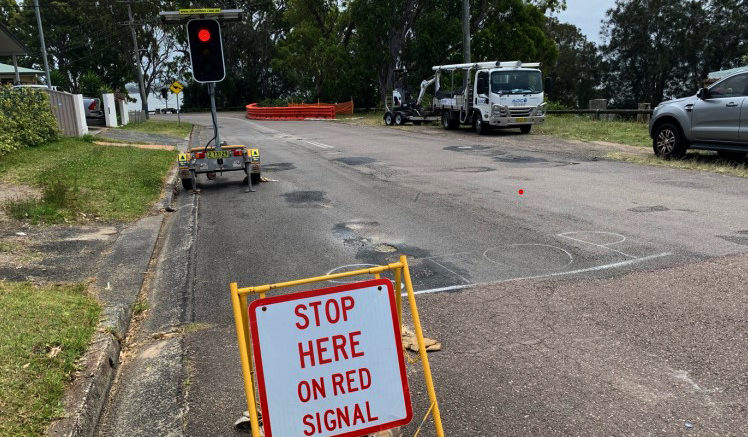 Toukley Community Action Group was one of the first to take up the opportunity of the new open forum at Central Coast Council meetings to let Administrator, Dick Persson, know that they thought that their area was being neglected.

Spokesperson, Bronwyn Evans, said at Council’s November 23 meeting that Council repeatedly noted that rates in the former Wyong local government area were about five percent higher than in the former Gosford council area, yet continued to defer rates harmonisation.

“It appears to us that the majority of expenditure, both capital and operating, is spent in the former Gosford council area,” she said.

“There’s a whole lot of issues about Council not paying attention to Toukley, in fact all of our Budgewoi Ward.

“We raise this inequity and offer Toukley roads and traffic as an opportunity for resolution.”

Evans highlighted three examples to demonstrate the “unacceptable” state of the roads and traffic issues in Toukley, where she said Council intervention was required.

“Back in July, there was a landslide that has resulted in half the road closed at the corner of First Ave and Peel St,” she said.

“Council has fenced it off and put up signage, portable traffic lights and a mesh barricade, but since then it seems to be forgotten.

“I suggest fixing the land slip and repairing the road as a priority to wasting rental money for this equipment, but that’s a secondary point to local safety and amenity.

“It’s become a danger, with some drivers ignoring these while others are tearing around the corner at unsafe speeds and there’s been plenty of near misses.”

Evans said that Tamar Ave, behind a recently opened aged care facility and an affordable housing development that is mid-build, resembled a country lane a year ago.

“Now there is a half-baked solution and poor drainage, exacerbated by the February floods, and some residents were out of their homes for months due to the damage.

“Part of Tamar Ave is still in disrepair and difficult to negotiate and we don’t know why Council didn’t fully resurface, kerb and gutter this road in its entirety when they did the section behind the housing.”

“Existing and planned developments are bringing increased traffic along Main Rd and access to the aged care facility is from Main Rd,” she said.

“It needs to address the current traffic levels and speed in Moss Ave arising from people avoiding the speed bumps in Main Rd, the traffic in and out of the aged care facility and the parking required by the new residential units.”