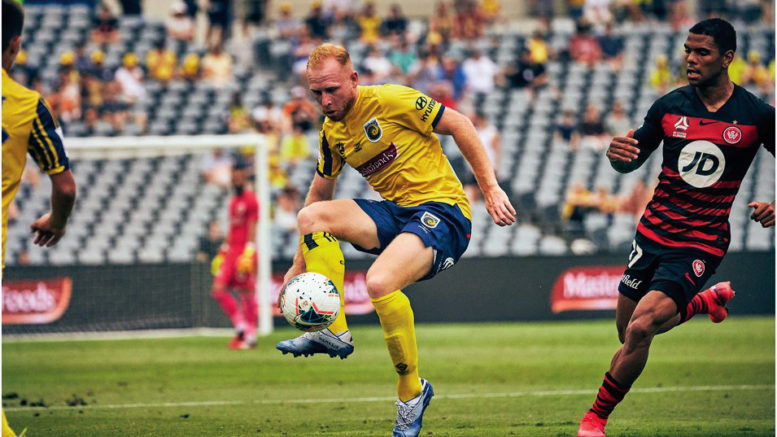 The Central Coast Mariners and Ziggy Gordon have agreed to a deal keeping the Scottish defender on the Coast through the A-League 2020-21 season.

Gordon joined the Mariners in June 2019, and started and finished every A-League game this past season for Alen Stajcic’s side.

Across 26 matches, the flying Scotsman accumulated 2,340 minutes of football and was strong across the board, with his passing accuracy up above 80 percent and a tackle success rate approaching 70 percent.

Now, more than a year after joining from Scottish side, Hamilton Academical, Gordon has thrived during his time on the Coast and is looking forward to staying here longer.

“I have really enjoyed the community engagement, and I feel indebted to the fans for all the support they’ve given me from the get-go since I arrived here.

“I have never felt so welcome at a club and that feeling is something I hope to pay back as long as I am here.

“We’ve been able to keep core members of the squad together and we can build on that, we’ve got a better camaraderie that we’ve built, and after what we have all been through in recent months, I’m positive that we can build on the positives we created at the end of last season,” Gordon said.

Head coach, Alen Stajcic, praised Gordon for his contribution through his first season and said he was looking forward to working with him again moving forward.

“Ziggy has proven himself as a mainstay of our backline through his first season here and we’re really excited to have him here for another season,” Stajcic said.

“It’s been clear to see for everyone that his determination, commitment, effort and desire are second to none.

“His re-signing continues to add experience and stability to our team,” Stajcic said.

Matty’s back …in dual roles

Women’s football finally gets its day