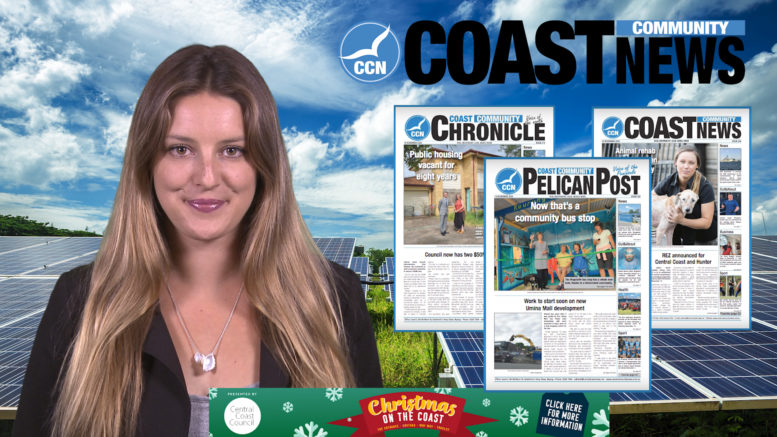 The COVID delayed NSW budget was presented in the NSW parliament by state Treasurer Dominic Perotiet on Tuesday. With an emphasis on building the NSW economy post covid.

The headline figures point to a 107 billion dollar infrastructure pipeline commitment and a series of tax reforms, most notably in Payroll Tax reductions and a slow move away from the current Stamp Duty on Property sales to a Land Tax model for property owners.

Though this state budget has more detailed spending posts than most, thanks impart to record borrowings from the government that will put the state $50 billion in debt this financial year and peak at $100 billion by mid-2024. I had a post-budget chat with Parliamentary Secretary Adam Crouch and a local restauranteur for his reaction.

Council news. Administrator Dick Persson secured a second $50 million loan for operational costs. This is in addition to the first $50 million which will be used for debt refinancing and capital works. Bruce McGlaugan, suspended Councillor had a chat with us about his opinions on the administrator’s progress.

In news good for commuters after many years of community lobbying, $34 million out of the NSW budget has been dedicated to upgrading Tuggerah Train station. The money will be used to install two lifts and a walkway.

In other railway announcements. Train customers and residents are invited to provide feedback on proposed accessibility upgrades at Point Clare railway station.

Social housing has become a highly discussed issue lately with rental properties almost next to none in the region. Last week we spoke with Parliamentary Secretary for the Central Coast, Adam Crouch, about a new social housing development in Gosford which is good news but state opposition Local MP David Mehan said there is still not enough, highlighting a series of public housing properties which have been vacant for over 8 years.

Read more about it this in all of this week’s newspapers.

Winner of the 2020 Australian Surfing Rising Star Award and named Surfing Life’s number one Junior Female in the ‘Hottest 100 Talent’, Molly Picklum is regarded as one of Australia’s most exciting up and coming talents and has been making waves both locally and internationally after winning the 2019 World Surf League (WSL) Australia/Oceania Junior Championships.

Local cheerleading club, Central Allstars, will be competing in the largest virtual cheerleading competition in the world on November 27 and 28, organised by the Australian All-Star Cheerleading Federation (AASCF). Seven teams aged between 5 and 17 will compete against teams from all over Australia by live-streaming their routines to judges from their gym in West Gosford.