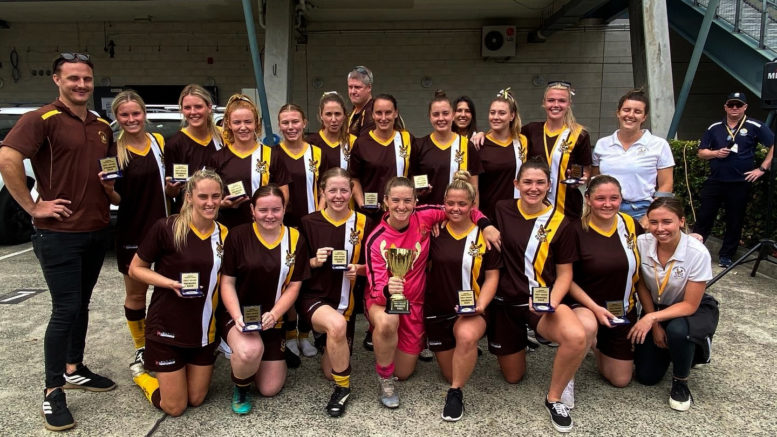 The 2020 Unity Bank Women’s League final between Umina United FC and Gosford City FC went down to the wire as both teams battled it out in a penalty shoot-out, with the Eagles coming out victorious.

After opening the scoring early on, Umina put an end to Gosford’s campaign for a third straight championship after previous wins in 2018 and 2019.

With Umina leading 1-0 to start the second half, the Dragons fired back with two quick goals to put the pressure on as the clock inched closer to 90 minutes.

Umina notched a second goal to even the scoreboard and as the game fell into extra time, the stalemate could not be broken.

The Eagles eventually claimed the silverware, winning 4-2 on penalties.

Coach Steve Donaldson said he was proud of the team’s achievement and efforts to win the title.

“It got pretty nerve-wracking after Gosford came back in the second half, but we held firm,” Donaldson said.

“We had no draw all year but penalties were something that we had practiced coming into the finals.”

Umina finished the year in second place behind Gosford during the regular season, with their only two losses off the year coming from the Gosford side.

“In our round 2 game, we got beat 4-1 pretty convincingly so we knew through the year that they were the team to beat … a lot of our tactics revolved around that,” Donaldson added.