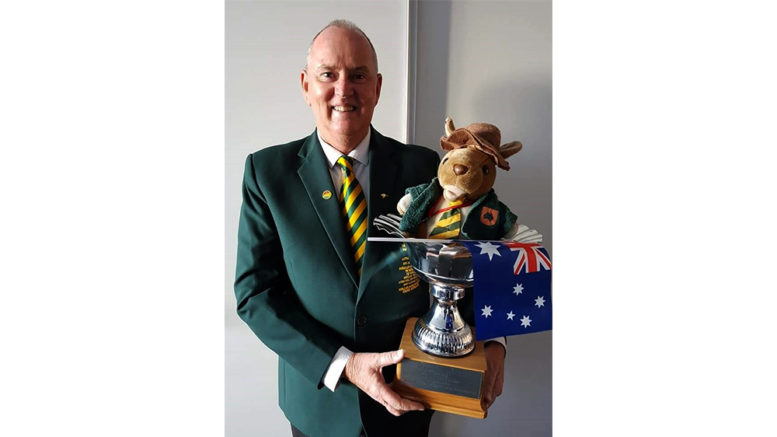 A Umina surf life saver has been awarded a life membership with Surf Life Saving Central Coast after more than 40 years of commitment to community safety on peninsula beaches.

Garry Mensforth, of Umina Surf Life Saving Club, was recognised for his efforts in surf lifesaving after being endorsed by several surf life saving clubs on the Coast.

Mensforth said he was very pleasantly surprised when presented with the award last month.

“I am humbled and honoured to receive such a prestigious award  and recognition of my time in surf,” he said.

“I’m joining a prestigious group of branch members who have contributed so much over the years -to even be considered worthy of this group makes it all worthwhile.”

The dedicated surf life saver has been involved in surf sport both as a competitor, and as a team manager since 2001.

Mensforth said he continued this through to branch, and eventually a national level, as Australian team manager from 2016 to 2018.

“I was a nipper and cadet, and then came back [to surf lifesaving] when my kids were old enough to do nippers,” he said.

“The friendships and relationships I’ve built over the years are priceless.”

Mensforth obtained his bronze lifesaving medallion 45-years ago and has continued to be involved in the surf life saving movement, having received a 20-year national patrol award and a 40-year-long service award.

Having received the life membership award at Umina Surf Life Saving Club in 2016, Mensforth has also served on the organising committee for the joint venture between Umina and Ocean Beach NSW surf lifesaving state titles.

Club president Stephen Scahill said the club was proud Mensforth was being recognised for his surf lifesaving efforts.

“Garry embodies everything that the Surf Life Saving movement stands for and all in a voluntary capacity with his wife Deborah, son Christopher and daughter Jessica,” Scahill said.

Mensforth has also held roles on various sport and finance committees over the past 20 years within surf lifesaving.

He said he will continue to patrol the beaches at Umina throughout this year’s surf season.