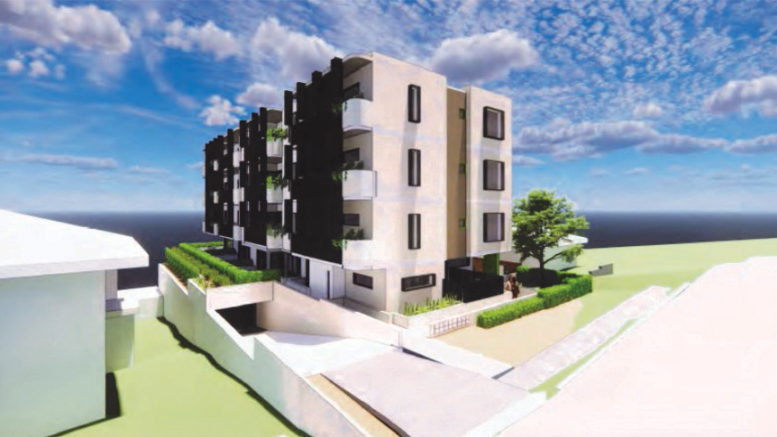 An artist’s impression of a Gosford development

The development, owned by Chrissie Group Pty Ltd, has an estimated value of $4.3M.

The panel met on Thursday, October 29. and its decisions went public on November 4.

During the public part of the meeting, panel member, Garry Fielding, noted and thanked the project architect for the amendments made to the proposal to make it more compliant with the Apartment Design Guide.

The Central Coast Council report to the panel noted that the proposed development was near another new high rise development nearing completion at 36-38 Showground Rd.

The site is within walking distance of Gosford Hospital, Gosford Railway Station, and the Gosford CBD.

The report said the applicant addressed the minor variations in setbacks, privacy and amenity, ensuring compliance with the objectives and aims of the precinct.

The building overruns the height limit of 18m by three per cent, but the panel said in its reasons for approval that the proposal was satisfactory.

No submissions were received when the proposal was put on public exhibition.

A third item saw the Montessori Primary School at Bateau Bay given permission to increase student numbers to a maximum of 60.

All three decisions were unanimous.