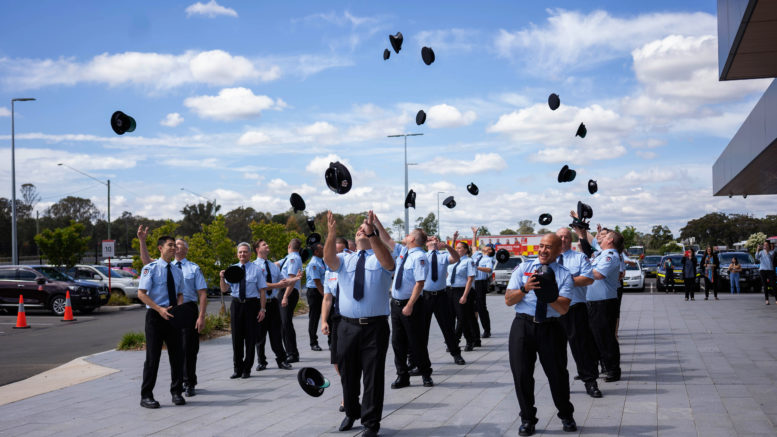 The Central Coast has 12 new firefighters, following their recent graduation at the Fire and Rescue NSW (FRNSW) Emergency Services Academy.

Parliamentary Secretary for the Central Coast and Member for Terrigal, Adam Crouch, said each firefighter had received world class training from the state of the art Academy at Orchard Hills.

“These recruits have shown that they have the diverse skills, capabilities and talents required to undertake the varied work that our firefighters do, from educating the community about fire safety and providing emergency medical care to responding to fires, natural disasters and hazmat incidents,” Crouch said.

“I am pleased that the 12 new firefighters will be allocated to fire stations that cover all corners of the Central Coast region.”

Kariong and Toukley stations each scored three of the recruits, two were assigned to Wyoming, and Budgewoi, Saratoga, Terrigal and Umina Beach each received one.

Minister for Police and Emergency Services, David Elliott, congratulated the recruits for embarking on a rewarding career that will ultimately put them on the frontline when it comes to protecting their communities.

“The men and women who graduated as part of this class have already shown that they have what it takes to protect the irreplaceable,” Elliott said.

“These Fire and Rescue personnel begin their careers at a time when our frontline workers have never been more necessary, and they know that they will have the full support of the NSW Government throughout their new careers.”

In October, the State Government also announced a $192M commitment in response to the Independent Bushfire Inquiry, including $36M for a new mental health strategy that will support all emergency service first responders.