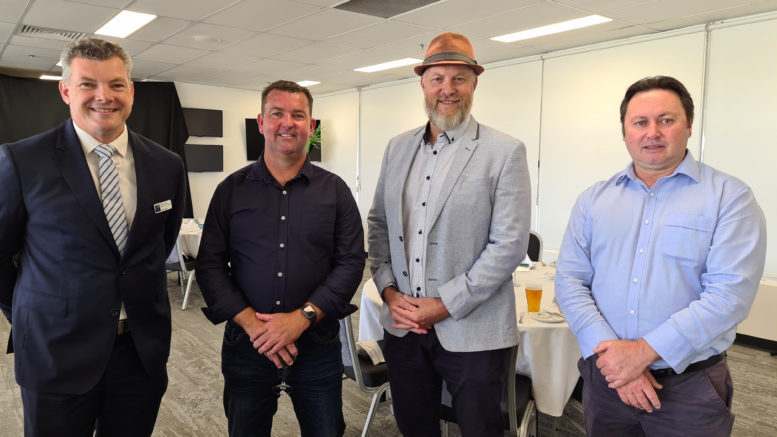 It was suggested by Wyong MP, David Harris, during the UDIA Central Coast workshop/luncheon on November 13, that if they wanted to activate a precinct quickly with an Urban Development Plan, Tuggerah was the perfect opportunity.

Chair of UDIA Central Coast, Caine King, agreed, saying that logistically, Tuggerah ticked all the boxes and had all the elements to become a gateway to the Coast.

“It is one of those areas of real opportunity for growth.

“There’s already regional shopping complexes, it’s a work hub, a commercial hub, the railway, the M1 motorway a kilometre away, the Mariners Centre of Excellence, the regional sports complex and we know that it’s the geographical centre of the Central Coast,” he said.

“I’ve mapped out that area and done the modelling and market planning of all of Tuggerah, but to town plan that whole area is crucial, and a UDP is one of those mechanisms to get things done.

“It would involve establishing a local UDP committee with representatives from the Department of Planning, Council, relevant government infrastructure agencies and important local industry, and with everyone at the roundtable, we’d start to see some really good outcomes and actually implement projects faster because the process has been simplified.

“Already we have a multi national company that wants to invest there as well as a Memorandum of Understanding between the Scentre Group, the State Government and Darkinjung Land Council, all working together, and that’s fantastic.”

He said housing such as townhouses, duplexes or units was needed near a transport hub such as Tuggerah railway.

“There’s also a need for accommodation, and if we had those sorts of facilities, people from out of town that come to the regional sporting complex, for instance, can stay locally, instead of having to travel half an hour away to Kooindah Waters or Magenta.”

King said that there was a real opportunity for jobs and Tuggerah represented an incredible opportunity, especially as it was a bookend to the Northern Growth Corridor through to Wadalba.

“This corridor is one of the key elements of the Central Coast and a really crucial area for development,” he said.