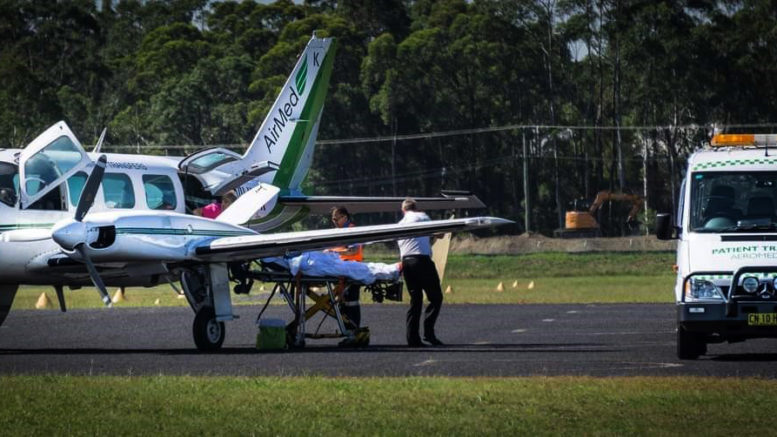 When Central Coast Council Administrator, Dick Persson, visited Warnervale airport on November 17, the talk was all about trees and opportunities.

Persson’s airport visit was part of a familiarisation tour of several significant northern sites on that day.

When asked about the controversial subject of trimming trees on Sparks Rd on the northern approach to the runway, he made it clear that safety came first.

“The advice is that they need to be trimmed for the capacity of the airport and for safety,” Persson said.

“There are other people who are concerned about that.

“That will be coming to Council shortly.”

The matter is now on Council’s November 30 meeting agenda, seeking approval to prune the trees at the northern end of the runway.

Trimming the trees has been a long running issue, with Council getting legal advice and environmental consultation, with no decision yet made.

“I won’t make a decision until I hear all the arguments, but I suppose I start from the practical view that nothing is more important than safety and if I am convinced it is a safety issue, I suspect I will go with the trimming,” Persson said.

During his visit to the airport, Persson was asked if he could guarantee that the airport would not expand if the State Government removed the Warnervale Airport (Restrictions) Act 1996, which is currently the subject of a Repeal Bill in NSW Parliament.

He said he couldn’t confirm that as he was still learning about the airport and the broader context to do with the future of the Warnervale Employment Zone and considering the best options.

Persson said he was starting to read materials, there had been a lot of research done, and it might not be a decision that would happen within his time, but he was looking at the issue, in case there was an opportunity.

“Council or the residents should not miss an opportunity while the councillors are suspended,” he said.

“It’s a big issue for the community and there is a lot to consider, such as environmental issues, the wetlands, the length of the runway, the viability of the aviation industry, a past contract which didn’t turn to much and sank without a trace, but maybe it is going to come back.

“Opportunities come back, so Council staff are looking at those issues, working with others to try to work out the best for the broader community.

“We are going to have population growth in Warnervale, it would be good to have more jobs.

“This is one of the places where there’s exciting opportunities,” Persson said.

It looks like a bright future at the airport