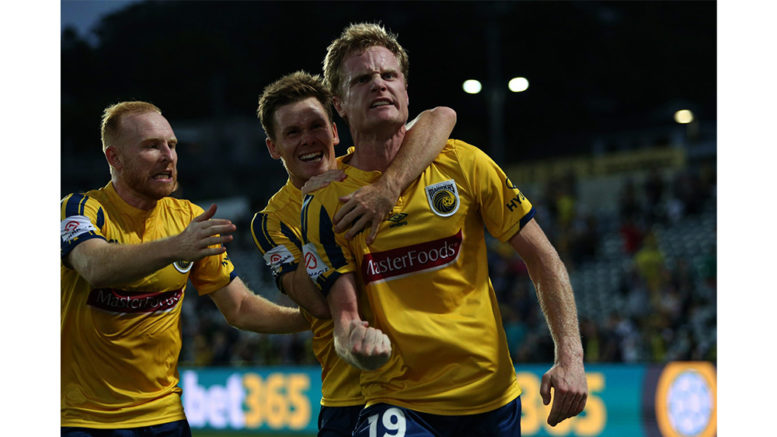 The A-League has released the draw for the upcoming 2021 season, set to kick off on Sunday 27 December and featuring 41 matches in the first 37 days.

The Mariners will then play new club Macarthur FC on Sunday 3 January at Campbelltown before hosting Melbourne Victory at home on Sunday 10 January (6pm kick off).

The Mariners will be buoyed by the resigning of Scottish defender, Ziggy Gordon.

Gordon played every minute of every A-League game last season and coach Alen Stajcic told media that his reliability and effort were important for the group.

“I think anyone who watched any Mariners games would have seen someone who is determined and committed and gave 100 percent of his effort every single game,” Stajcic said.

Stajcic stressed the importance of the Mariners returning to its community roots and lauded Gordon for his work and relationship with the Central Coast community.

“I think he brings a bit of that old spirit, that the club was founded on when Lawrie first took the team in year one of the A-League,” Stajcic said.

“The community club, the club that is attached to the fans and to the people around, it’s a really important focus and one that perhaps … has diminished over the recent years and really it should be the strength.”

And, on the subject of spirit, the A-League also this week published a list of the great rivalries set to emerge in the 2021 Season.

This included an opening week grand final rematch between Premiers Sydney FC and Melbourne City as well as a long list of players poached to other clubs, facing former team mates such as Welshman Carl Robinson (Wanderers) who’s in for a frosty reception when he returns to face the Newcastle Jets on Jan 5.

But, at the top of the rage list is our very own Matty Simon who, the report claims, has an inexplicable vendetta against every club.

As most opposition defenders will attest, when Simon is on the pitch, you certainly know about it.

Well, we can’t wait to see the veteran striker getting under his opponent’s skin once again in 2021.