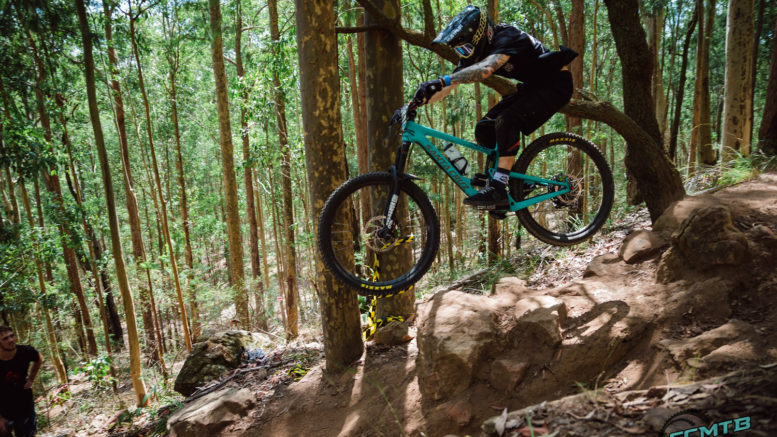 The debate raging between mountain bike riders and others who love the bush is to continue with Central Coast Council waiting until next year to put a discussion paper on public exhibition.

The paper is the result of a feasibility study that looked at the role that Council’s natural reserves may play in providing authorised trails for mountain bike riders as well as protecting high conservation and heritage value areas.

It looked at unauthorised trails and the safe use of reserves by all visitors.

“The discussion paper provides findings on the supply of mountain biking trails, both authorised and unauthorised, community requirements and concerns, as well as case studies from other regions,” he said.

“We are looking to take a collaborative approach that promotes the tourism opportunities that mountain biking brings but also deal with unauthorised trails and their impact on our local environment.

“I would invite the community to take the opportunity to digest this report over the summer months, ready to provide feedback when the public exhibition opens early next year,” he said after the Council meeting on November 9, where he made the decision.

Williamson said the discussion paper falsely assumed the conclusion that mountain biking and its more extreme variants would be conducted on well designed and managed tracks only.

“This is contrary to the attitude and sense of entitlement of a small but vocal minority of mountain bikers who regard any form of limitation to fire trails or council constructed trails as an anathema to the ecological destruction by this form of recreation,” he said.

Joy Cooper said the discussion paper had so far cost $57,522, plus GST, plus staff time.

“The proposed consultation will cost $15k, plus there is still to be a trail audit undertaken and costing of management of any trails and cost of making trails and rectifying any others,” she said.

“There hasn’t been a feasibility study undertaken, only a Mountain Bike Feasibility Discussion Paper.

“With the Council’s financial problems, one would think that this would be shelved or deferred.

“Unfortunately, a number of issues of concern including environmental and Aboriginal heritage issues, are not being managed or addressed by these plans of management.

“Surely, if the current plans of management aren’t being followed currently, due to financial shortages, there shouldn’t be more potential costs incurred by Council.’’

Cooper asked why there was no feasibility study done on the need for more sports fields.

“The Central Coast is in desperate need of sporting facilities and there is a clear and long term shortage of playing fields,” she said.

No mountain bikers spoke at the meeting, but Leif Arnebark told the Chronicle that he had to work that day and couldn’t make the meeting.

He said that the report included some really positive information, some really good facts and figures around how big and strong the mountain bike community is and the specifics of what they’re after, what they are, how much demand there is.

“There was also a lot of positive community feedback as well, which is quite important, and most of the comments that weren’t so positive were around education and putting in infrastructure that is appropriate, suitable, sustainable and looks after our natural and cultural heritage, and if you do that, you mitigate a lot of the arguments that are against mountain biking,” Arnebark said.

“It’s the rest of the Central Coast that doesn’t have a single metre of mountain bike infrastructure that we have a big concern about.

“And that brings us to a couple of the concerns with the report.”

“We feel that Council has abdicated their responsibility within the report to actually host trails on their own land, so they’ve really pushed towards state managed land managers like state forests and national parks to take responsibility.”

Arnebark said the Kincumba Mountain and Rumbalara-Katandra combination reserves were the two most popular sites, but Council has removed those options.

“I think what’s happened is there’s been some pretty internal pressure around this – my opinion is that it’s come from that political pressure that says nothing happens in our COSS lands and our Council managed bushlands,” he said.

“We need trails that are sustainable, that respect our natural heritage, and they certainly can occur within these council managed lands.

“Mountain biking has been occurring in bushland for over 30 years, and through that time, mountain bikers have approached Council many times and asked Council for formal trails and for whatever reason, that didn’t occur.

“Council has actually advertised the Central Coast as a mountain biking area yet not provided a single metre of sanctioned mountain bike trail,” Arnebark said.

“My argument is, assess the trails that we have, the ones that are okay, let’s formalise them, start there, and then look at the community needs and demand and let’s have a look at where we can put these trails so that they are appropriate.

“That would be a sensible approach I would have thought,” he said.

If people were putting in hiking trails, I don’t think we’d be having such an outcry.”